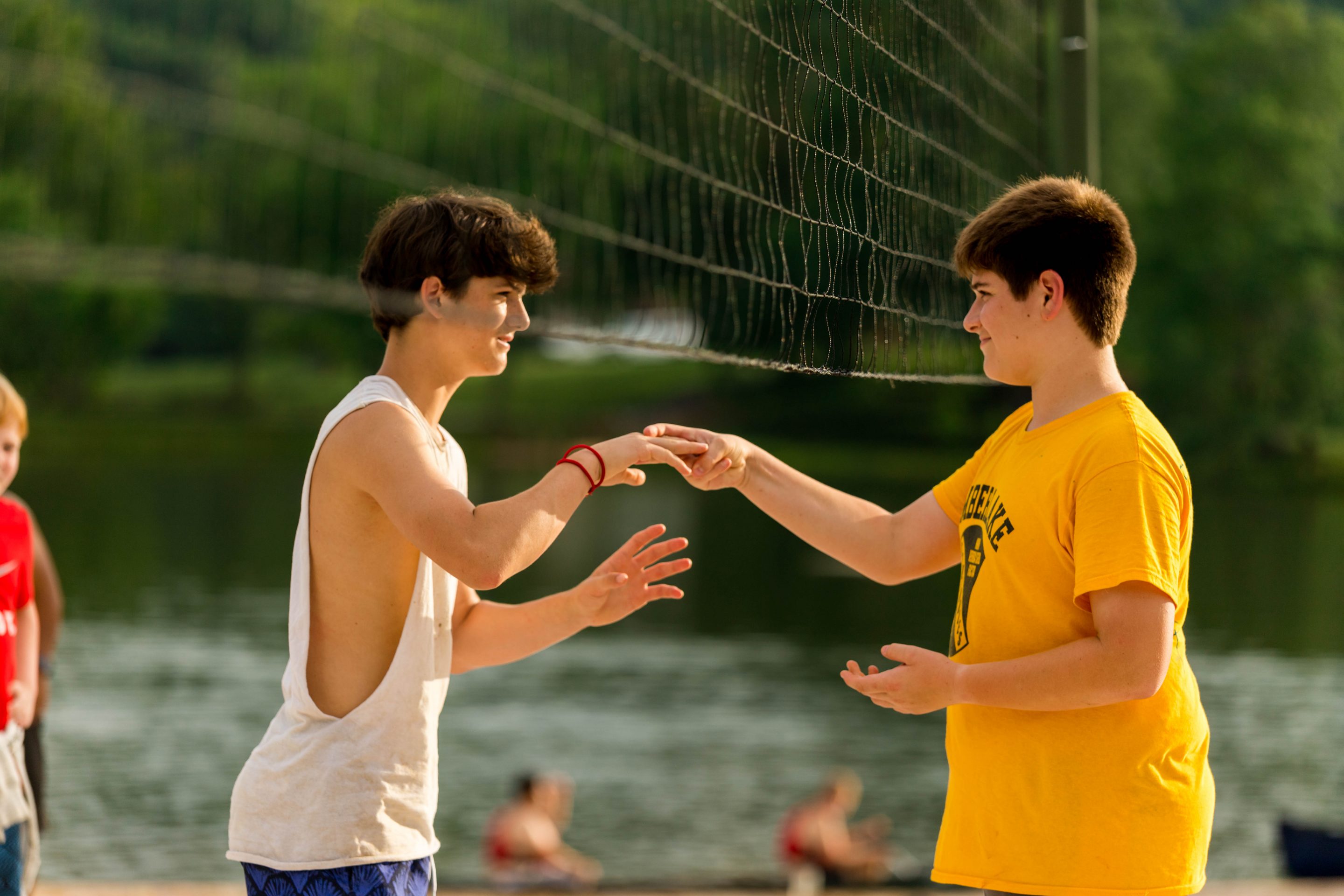 Today, like all others, was a great day to be at Camp Timberlake. In line with the daily ritual, the day started off with Reveille at 7:00 A.M. sharp. The campers headed down to the Tuck to discover the wonderful kitchen staff had prepared French toast sticks and sausage links for breakfast. Following tradition, after breakfast the boys ran outside to perform the morning yell, then headed off to Chapel.

Chapel, as usual, was filled with the voices of the Timberlake boys as they sang their hearts out! The true story from today’s chapel came from counselor Jake M., where he recounted the tale of him and his friend camping out in the woods where they were visited by what they thought was a bear but was actually just his friend’s brother. As the boys laughed and listened, they heard the overall message loud and clear: As men, we do not know what is lurking in the darkness and we can not find our way out without God’s guidance and love.

There were three trips out today, which left right after breakfast.

The weather at camp was perfect today and we had lots of bars earned! Alex F. earned his bronze in wrestling, Finn D. earned his bronze in archery, and Gram M. earned his bronze in airsoft. Brothers Sean and Chris L. got to work on their side by side rescue in kayaking, and in canoeing, campers built a canoe bridge by lining up canoes end to end upside down. You’re probably wondering why they did that, and it was so they could try and run all the way down all the upturned canoes without falling off! Britt F., Miles S., and Timmy M. all crushed the bridge and ran all the way down all the canoes without falling into the water!

There were more water activities during free time today, and a popular one was a big splash contest. Our two biggest splashes came from Sirus C. and Miles S. For dinner we had delicious chicken alfredo followed up by brownie surprise for dessert. It was so good!  After much anticipation, the evening activity for tonight was announced and it was a brand new game! Campers were excited and curious about this new game called Age of Empires. The new game found campers running around to different “countries” and taking leadership. But watch out! If the opposing tribe came to gain the country, an epic battle would ensue to determine the winner of the country.

We won’t find out until tomorrow who won Age of Empires but the game could become, dare we say it… LEGENDARY.