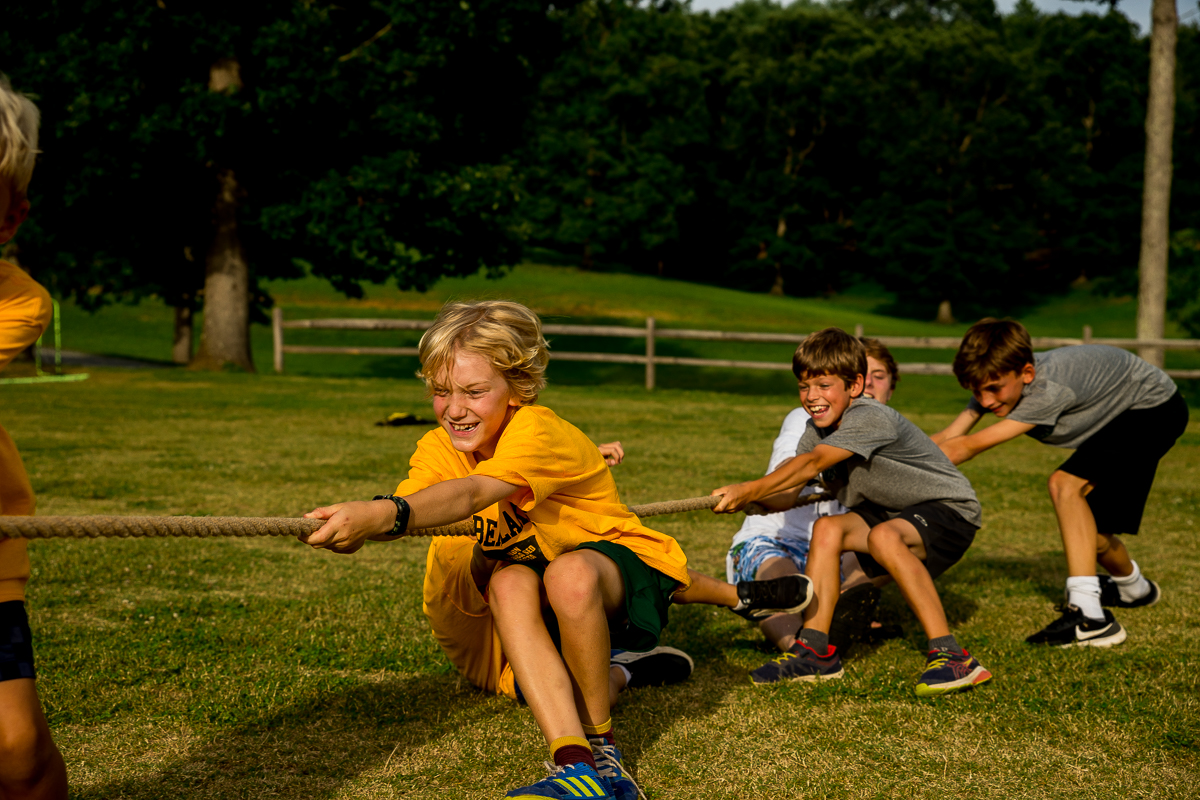 An amazing day at Camp Timberlake began as it usually does, with the boys waking up at 7:00 AM and eating a wonderful breakfast of eggs, bacon, hash browns and biscuits. Immediately after the meal, the entire camp gathered outside the dining hall for the morning yell before racing over to chapel.

In chapel, the boys began by letting their voices ring out across the camp in song. The true story for the day was told by counselor Phillip M, who told us his story of getting lost at the Walt Disney World Christmas Parade. He told the camp who Jesus was by comparing Him to the security guard that rescued him in the park. In the same way that the guard reunited him with his earthy father, Jesus saved humanity from being lost in sin by reuniting them with their heavenly father.

While many activities were open in camp, we also had four trips out in the wilderness this morning! Campers Nick R, William M, Gram M, Paul R, Hudson L, and Ryker R went on an incredible overnight climbing trip to Table Rock. An exhilarating kayaking trip with campers Hugh S, Graham R, Hunter S, Henry B, and Drew S, and a mountain biking trip with campers Miles S, Michael C, and James K also went out. As if that wasn’t fun enough, there was also a day hike that featured campers Bob G, Thaxton M, Charles M, Joseph P, Owen W, and Pace W! The campers that weren’t on trips were treated to a full day of activities as the boys made their final pushes for bars before the session’s end! Cooking today was focused on dips, as the chefs made salsa from scratch, with their own baked tortilla chips! Meanwhile in fencing Rodgers H received his Bronze bar.

After morning activities, we were treated to grilled cheeses and French fries for lunch and were told who had the cleanest cabin (it was Huckleberry) as well as the winner of an intense tribal game of Commando. Yesterday, the Seminoles came out on top!

We left lunch and then went to a brief rest time, which was followed by free time and our afternoon activities. This afternoon had a great event lineup, as the backpacking class learned how to set up bear bags to keep their food safe on the trail, while a group of airsoft players battled it out in a tournament set up by camper Meier M.

After a delicious dinner of lasagna and breadsticks, the younger boys went to a carnival set up in the Mark while the older boys had time in their cabins to be together. We are all looking forward to our evening plans, which includes a visit from our sister camp, Merri Mac, as well as a patriotic evening celebration complete with a fireworks show! There is no tribal game tonight, as it is instead a chance for our camps to come together instead of compete. We have loved today, and are looking forward to another fun filled day at camp tomorrow!