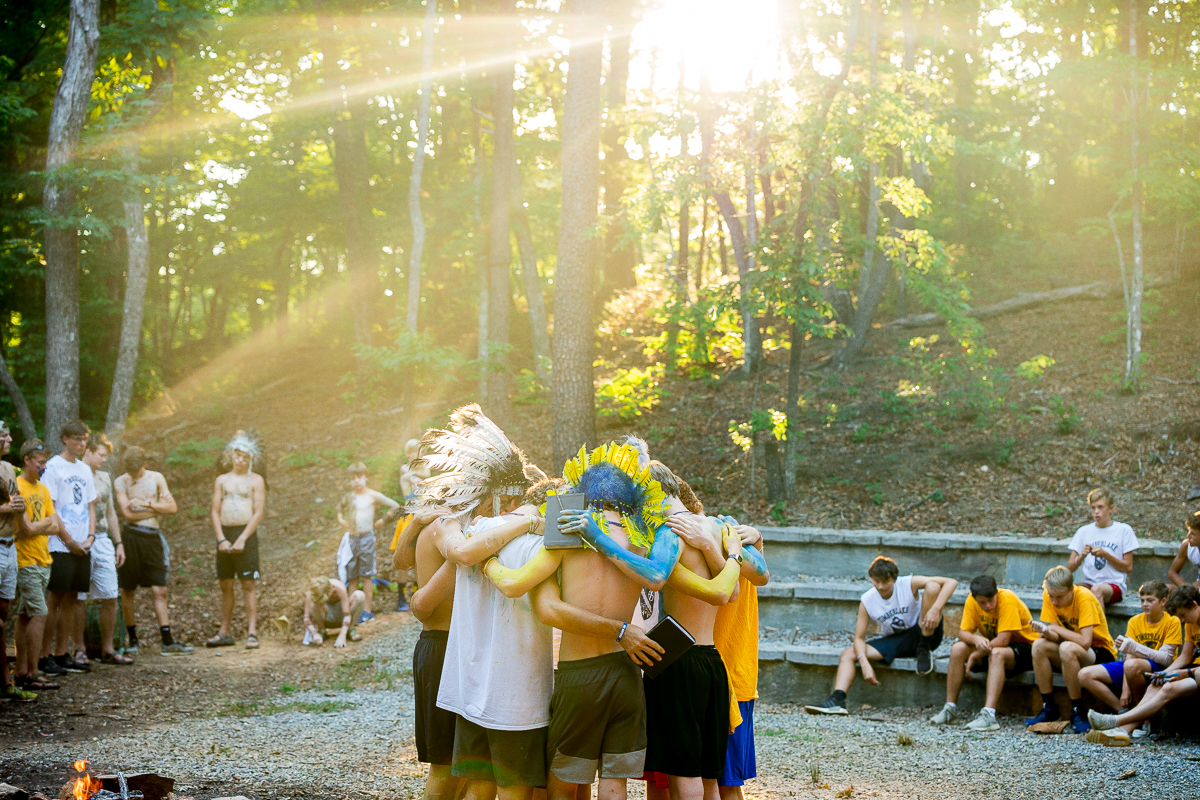 Today was the final day of Session 1 here at Camp Timberlake. This session has been incredible, and we are so excited for what’s to come in the rest of the summer!

Today began like any other with breakfast and then chapel, where the campers heard from Director John. Campers then headed off to clean their cabins…as of this morning three cabins were tied to win the Golden Plunger (the prize for having the cleanest cabin for the last two weeks). Cabin clean up today would determine who won, so the competition was high!

Activities started and many bars were finished-up today. On the lake today, Graham R.  completed his gold in kayaking, Ethan S. received his bronze in kayaking, and Thomas B. earned his silver in swimming. Out on the range, Thomas B. also earned his bronze bar in riflery. Airsoft played a new game they made today called D-Day. Drew S. also got his combat role in a kayak on the river today!

Morning activities wrapped up and we headed to The Tuck for lunch where we were surprised with Stromboli, a definite camp favorite. As lunch wrapped up campers finally found out who won the Golden Plunger…congratulations Little Slaty!  After lunch was rest time and free time which included trading post, beach games, and swimming!

Free time ended and campers headed to their afternoon activities. Today was a beautiful day at camp, which meant a beautiful day for climbing and backpacking. In backpacking today, classes got to practice their skills one last time and build a fire to make s’mores to celebrate their hard work as they finished up some bars. Jason H. earned his bronze in backpacking and Hudson L. earned his silver. In basketball today, Miles S. got his gold and Evan S. got his bronze, while Alexander F. received his bronze in wrestling.

Classes ended and campers headed to dinner, which was Salisbury Steak with potatoes and carrots and for dessert, s’more pockets (another camp favorite). The meal ended with a huge “Thank You Kitchen.” Tonight’s evening activity is the Final Campfire and the Little Chief Ceremony. Tonight, many boys will be recognized for their accomplishments throughout their time at camp.

One thing that will be recognized in tonight’s ceremony will be the bars earned this week throughout all activities. These bars add up to marks, which add up to promotion in the Little Chief system. Tonight, being recognized for bars:

Another aspect of tonight is recognizing kids through commendations. Every week, campers and counselors vote on others in their cabins who they believe lead well and show kindness to all. There are two types of commendations: camper and counselor. Being given commendations tonight:

During Little Chief, campers are also awarded their promotions in the system. Campers get promoted based on how many marks they have earned here at camp. There are many ways to earn marks, such as years at camp, bars, electives, and several others. Receiving promotions tonight:

We have had so much fun with these boys and are excited to see them again next summer!