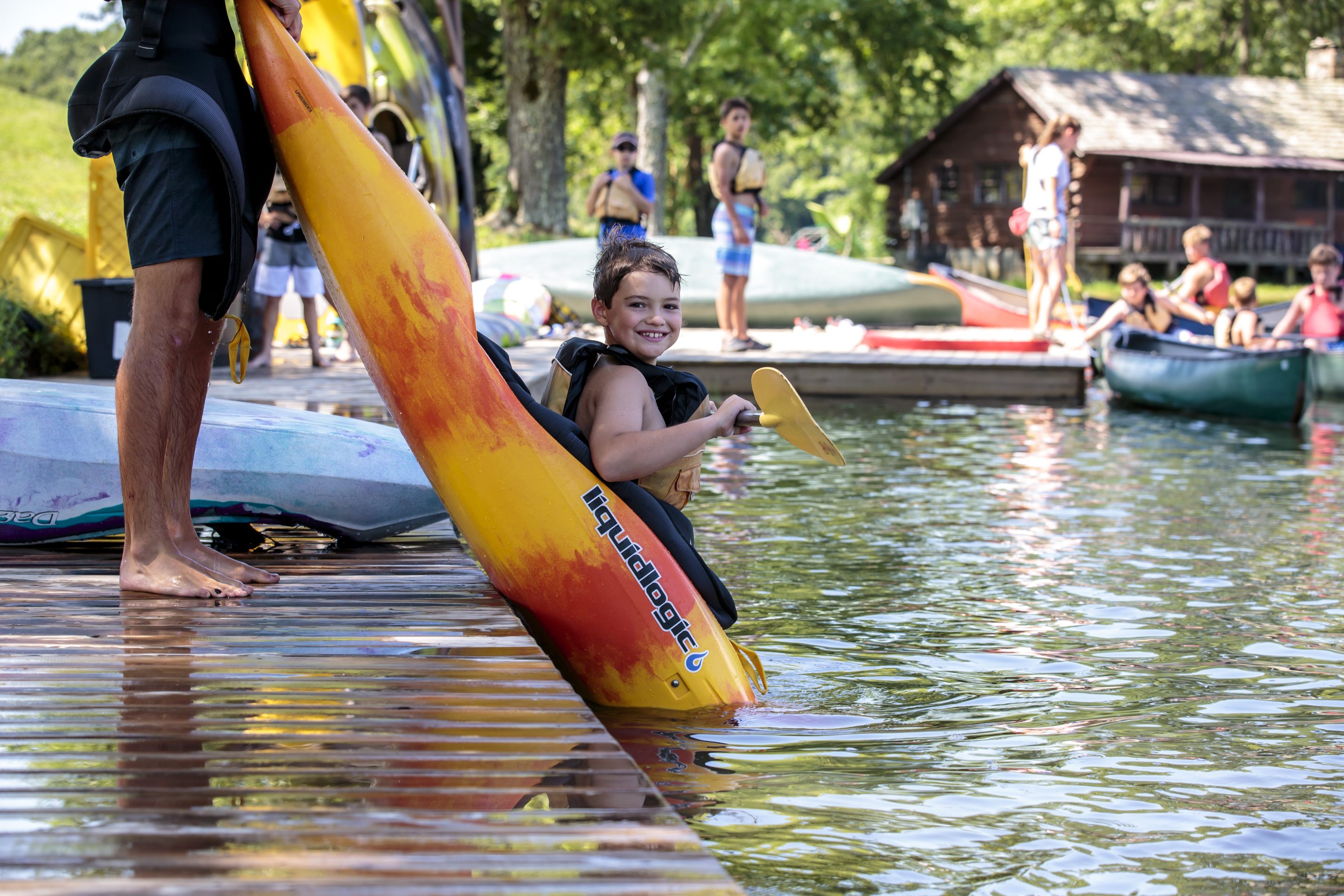 Today at camp, the boys got to go to their first Tuesday, Thursday, Saturday activities. But before they got there, they had a classic camp breakfast of french toast and sausage. After breakfast, the morning yell took place to really get everyone excited for the day.

While most of the boys went to chapel from here, we had three trips go out today. The first was water skiing with campers Will E, Cole L, Charles P, Ben S, Grayson E, and Parker D. While they were at Lake James, Spencer M, Max C, James S, Quentin S, Seth W, Andrew F, and Adam V headed to the Tuckasegee River for an awesome day of kayaking. Lastly, the climbers headed out to Little Lost Cove, where Carson G, Nolan, S, Nick P, Quincy G, Will E, Bailey F, and Ford S all furthered their skills on the mountain.

While those boys were away, the day proceeded as normal. At chapel, John M told the funniest story about taking care of Peter for the first time. After that, the boys went to cabin cleanup, with everyone trying to take down Little Slaty in the race for the Golden Plunge and epic pizza party!

As it came time for activities, everyone was excited to see which of their activities they would like. Even though they had to sit through some safety talks, everyone got to participate, just with a little less time than normal. After the first two activities, the whole camp headed down to The Tuck, only to find out we were having another great meal, mini corn dogs and mac and cheese.

After the meal, it came time for the fun stuff…it was finally time to see who won cabin cleanup and more importantly, El Presidente. For cabin clean up, it was an average day, some good and some bad. The lowest score was a 7.25 coming from two cabins, and the winner with a 9.75 was Greybeard. Little Slaty and Huckleberry tied for second with a 9.5, which is a very respectable score. Then we got to the good stuff, El Presidente, with the SEMINOLES coming out victorious. With the win, they tied the race for the banner.

After lunch, everyone went to the best time,rest time, followed by trading post and free time. During free time, some boys worked on swimming bars, others played spikeball and volleyball. David F led a group through the disc golf course to work on some short game.

When free time finished, all the boys headed to their afternoon activities. At wrestling, everyone learned a proper stance, followed by some intense games of toe tag. While climbing got to work on the boulder, kayaking learned the wet exit. Up at the chapel, improv learned the basics of being great on stage, disc golf learned the five pillars of the sport, and fencing learned some basic attacks and defense moves.

At dinner we rounded out a day of great meals with spaghetti and meatballs, yet again, another camp classic. While everyone was talking and having fun, the evening activity announcement was on everyone’s mind. As the meal ended, all the tables were cleaned to perfection when John M went up to the microphone and said “AND NOW…” As the whole room erupted with noise, Carter B put the helmet on and made his laps around The Tuck, hyping everyone up. As he quieted the boys, he announced that Junior Camp would play soccer, while Senior Camp would play basketball. The boys yelled with joy and headed to the cabins to get ready to play the games. Stay tuned to see who won tomorrow, as it will give one tribe the lead!