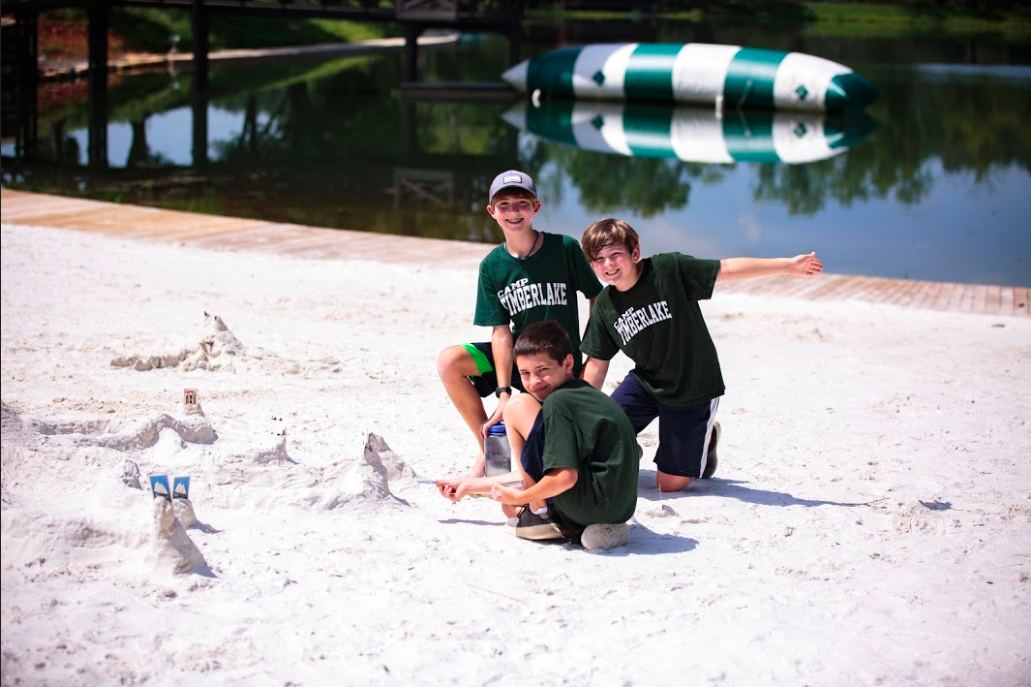 Today was a special day at Camp Timberlake. Today was a Sunday, which means we took today to rest, just like God had envisioned it.

The day started with us getting to sleep in a whole extra hour! Which was amazing because we did not have to hear the bugle until 8. Then at breakfast we got junior camp’s favorite meal, cinnamon rolls and chocolate milk. After breakfast we went to chapel, where we got to sing four full songs, instead of the typical three. After chapel, instead of going to our activities, we had a series of competitions. Today’s competitions were frog catching, fort building, sandcastle building, volleyball, puppy time, and Sunday at the Masters, which is the disc golf tournament.

After the competitions we went to lunch, where we had fried chicken, mashed potatoes, and green beans. During lunch, we found out that Little Slaty had won cabin clean up and that the Seminoles had won the previous night’s competition of Search and Destroy. They also announced the various winners of the competitions. Today’s victor for the sandcastle building competition was the Texas Krakens, which was led by Andrew R. They had built a kraken out of sand that was playing a game of Texas Hold’em against a star fish. The winners of the fort building competition, Team Turtle, was composed of Mac P., Quincy G., Charlie V., and Parker C. They had constructed a teepee like structure out of logs, sticks, and leaves. The winner of puppy time was Brit M. The team that won volleyball was led by team captains Jack V. and Sid N. Then the winners of the Green Jacket were Harris C. and Ben R. After lunch we went to the best hour, Rest Hour!!!

At free time today, multiple activities were open for campers to work on bars, as well as many tournaments they could compete in. At the basketball tournament, the winning team was led by our very own friendly neighborhood camp director, John M. Also, Garry M. and Will L. ran the Crooked Mile twice today, meaning they are one step closer to earning another mark.

After free time, the entire camp headed up to the Mark to play games and have a cook out for dinner. The cook out is hands down the best meal we have at camp. It consists of hot dogs, burgers, potato chips, watermelon, lemonade, and best of all M&M filled cookies. When dinner concluded, everybody went inside the Mark for Vespers. At Vespers we had a special performance by the Black Mountain Oysters. Also, everybody was caught off guard when Rex and Dex Kwon Do showed up in the middle of Vespers. The reason it was so surprising was because the last time they had made an appearance at Timberlake was in 2016. It was awesome to have them back! To conclude the night, the upper cabins played Tribal Soccer, while junior camp enjoyed a free swim.