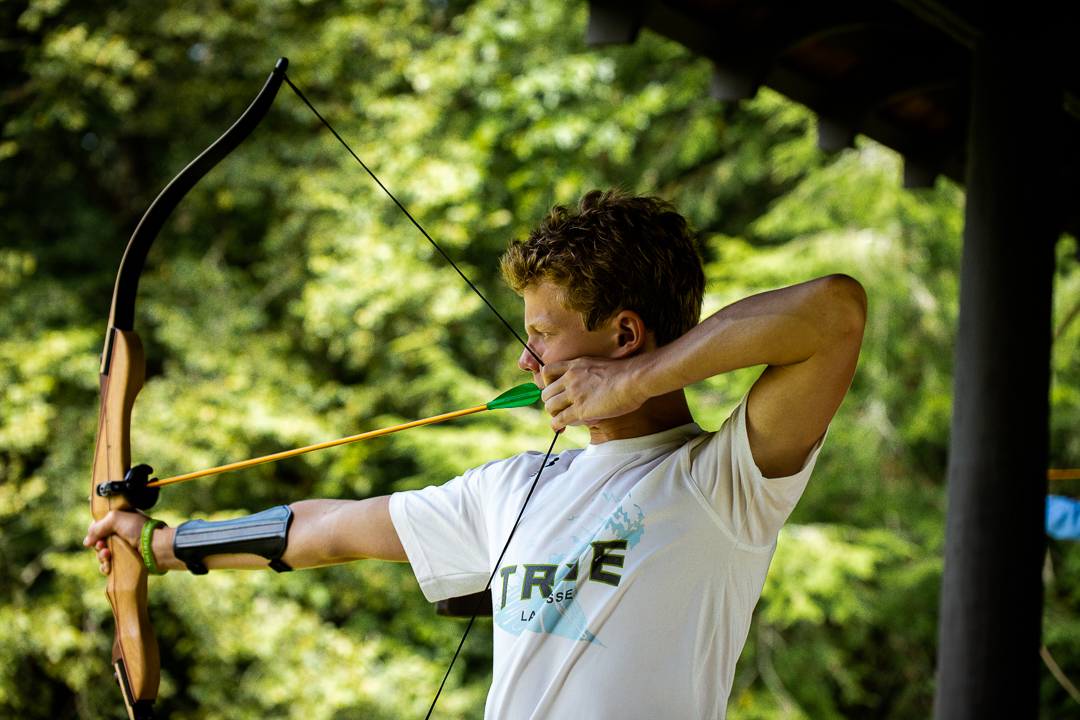 Today at camp, we woke up at the end of what was a cold night. As everyone made their way to the Tuck in their sweatshirts and pajamas, we figured out that we were having breakfast burritos. That along with the oatmeal bar was a great way to start today. As breakfast came to a close, most of the boys made their way down to the morning yell. There, Ben R. came up with what is one of the better morning yells we have had this summer.

While that was going on, the rest of the boys were getting ready to go on the trips that they had signed up for. Dash V., Jack B., Peter B., Lance K., Jackson G., Carter H., Patrick P., James S., Lowry S., Christian S., Noah V., and Ferdi B., all did awesome on the rafting trip that they went on. While that group was rafting, Matthew A., Davis P., Sanders A., Max B., Ben C., and William V., all caught a bunch of fish on the fly fishing trip.

As the morning yell ended and the trips left, everyone headed up to chapel, which was lead by Michael A. and Winston H. We sang ‘Every Move I Make’, ‘Star of the Morning’, and ‘You and I’. All three of which are camp favorites. After the Camp Hymn, Andrew D. gave the story of how he and his friends got stuck in the mud.

After chapel, John M. made a bet with the whole camp that if everyone got an 8.5 or higher on cabin clean up, we could push him in the lake. With the extra motivation, all the campers returned to the cabins to do their best to make sure John M. got in the lake.

After cabin cleanup, everyone headed to their morning classes. Now that the safety talks are over, all the boys can now fully participate in the activities. Mountain Biking made a few laps around camp along with the puppies from paws. Swimming classes got to do a free swim while kayaking learned their hip snaps.

As lunchtime rolled around, everyone was wondering what it could be. To no one’s disappointment, it was mini corn dogs with mac and cheese, a camp classic. As everyone was enjoying the food, the only thing anyone could think about was who won Search and Destroy. But first, we had to hear the results of cabin cleanup and find out whether or not John M was going in the lake. As he announced the first score, it became very obvious that John M was in fact not going in the lake. As the last place score was 5.75, and nowhere near good enough to get John in the lake. However Big Slaty was the winner with a perfect ten, which is not easy to get. But know its on the more important stuff, the evening activity. As Carter B grabbed the microphone to announce the winner, everyone was on the edge of their seats. The winner of Search and Destroy…. the SEMINOLES.

After rest time and trading post, the boys had options between Guitar, Cooking, and Airsoft all of which had big turnouts and cooking had lots of cookies made for everyone there. After a small afternoon rain shower, everyone headed to their afternoon activities.

In archery, Gresham C. is getting close to his silver. Climbing class learned figure 8 follow-through knots, an essential. And in guitar, Declan Q. got his bronze. Pottery and riflery got to take a trip to the climbing tree for a fun break.