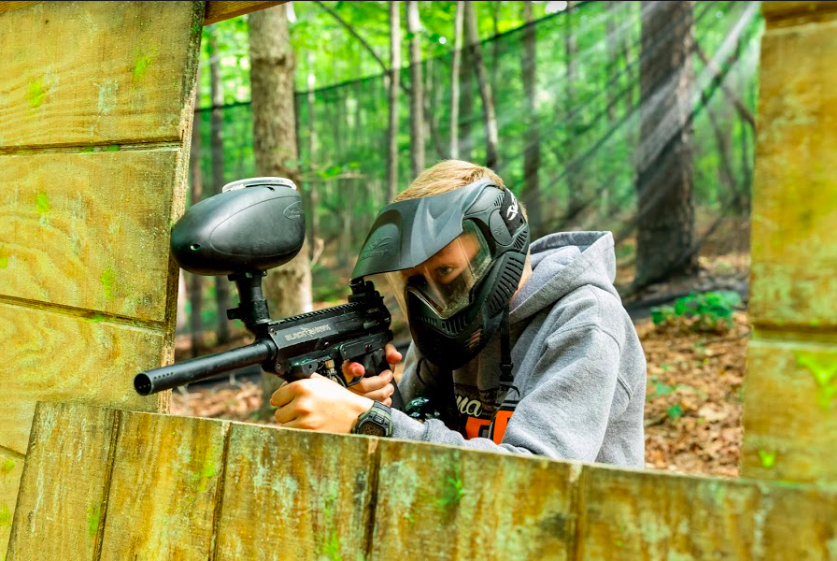 Today at camp, we awoke to the sound of a bugle right at 7:00am. After waking up and crawling out of bed, we headed up to the Tuck for breakfast. For breakfast, we had some delicious waffle sticks along with some sausage patties and milk to wash it all down. After that delicious meal, we all headed outside for the morning yell.

Right after breakfast and the morning yell, we had several trips that were preparing for departure. Those trips included waterskiing, rock climbing, and mountain biking. The campers on the water skiing trip were Noah V., Oliver R., Wes D., Santiago D., William V. and Hudson S.. On the rock climbing trip were Magne E., Daniel F., Lucas Z., Charles J., Ted Q., Jack G. and Dash V.. On the mountain biking trip, we had Gresham C., Enrique D., Mason B., Andres D., Spencer V. and Reese R.. Everyone else not going on a trip headed on up to the chapel.

At Chapel, we sang many great songs including one of camp’s favorites, “NOAH.” After worship, we all sang the Camp Hymn then sat down for another true story. Joe V. told a true story about how his obsession with McDonalds resulted in him being chased by dozens of ducks.

After Chapel, we all headed down to cabin clean-up to continue the battle for the infamous Golden Plunger.

Once those cabins were cleaned to perfection, or so we thought, we all headed on to our first activities. For these first two classes, riflery got the privilege of going tree-climbing since this is the last day for it.

As the classes rolled to an end, we started making our way to the Tuck for our mid-day meal; Lunch. For lunch, we had some delicious Philly Cheesesteak sandwiches along with some nutritious pears. After we finished eating and cleaning up our tables, John M. went up to the microphone. “You’re probably wondering how you did on cabin inspection this morning.” said John. He announced the scores, least to greatest, until he got to the last three cabins, with a tie for second. “The winner of cabin clean-up with a perfect 10… Further In!” As the cheering subsided, John went back up to the microphone to announce the winners of Battle Ball. as he began to speak, everyone in the Tuck was listening to John, waiting to hear who won the game last night. The winner of Jr. Camp Battle Ball… THE SEMINOLES! All of the Seminoles rushed out of their seats to gather together to sing the fight song and the tribal hymn. After they returned to their seats, John went back up to the microphone. The winner of Sr. Camp Battle Ball… THE IROQUOIS!

As rest time rolled to an end, we headed outside for trading post and free-time. During free-time, we had many options to do including riflery, thunderball, nine-square in the air, and tetherball. Sadly, we were not able to do our free-swim or kayaking due to some thunder in the area.

Free time came to a close so we headed up to our third and fourth activities for the day. For the activity of disc golf, they had the opportunity to participate in tree-climbing.

Today in the activities, we all had so much fun. Charlie S. got his bronze bar in riflery. Elliot P. did well in airsoft. Bryan H. got to throw in pottery. Wrestling and field sports played an epic 35 person game of toe tag. Kayaking played tag in the lake while practicing different techniques. Paws got to take the dogs on walks and also got to teach them ‘sit,’ ‘down’ and ‘heel.’ Smith L. helped to make a fire and s’mores in backpacking. And Mason B. crushed it in his T-rescues in canoeing today.

After all that, we went to the Tuck for dinner. Today, we had baked ham as well as some delicious potatoes.  For dessert, we had some soft and chewy sugar cookies. After we all cleaned up, Winston H. put on the helmet and ran around the dining hall until he announced the tribal games for this evening: Jr. Camp kickball and Sr. Camp Ultimate Basketball. We can’t wait to find out who will come out victorious! Until tomorrow…