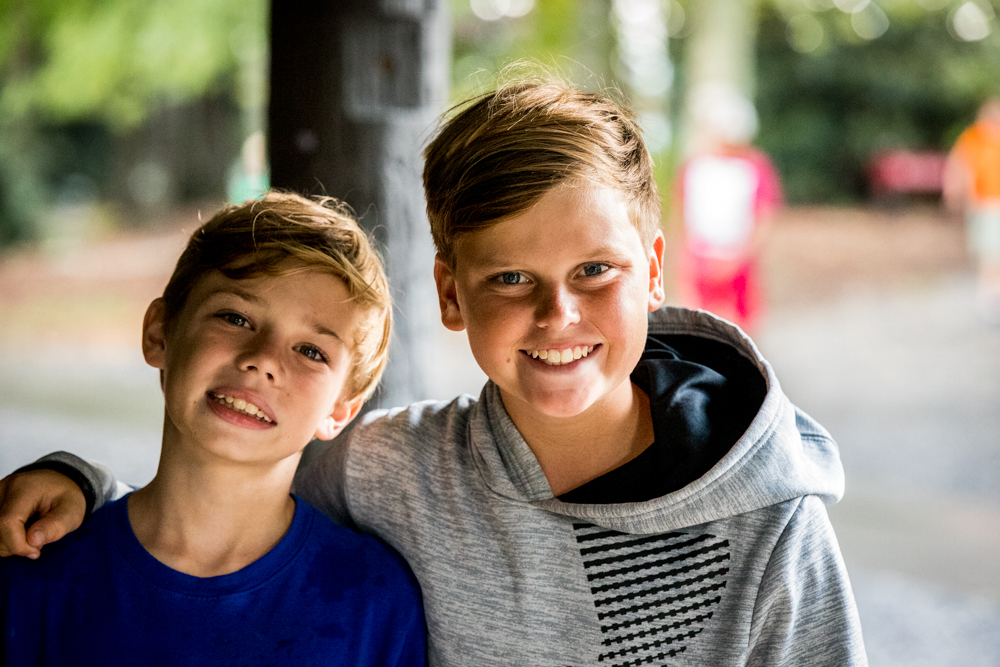 An overcast sky greeted the boys with a subtle breeze as the sound of reveille chimed this morning. The cool air that swept through the camp also happened to pick up the scent of breakfast casserole and blueberry scones, sending a delicious smell through the air.

As breakfast concluded, and the morning yell was yelled, the guys crossed the bridge to chapel where Henry M. spoke about Gods love and forgiveness for us all!

Not all of camp was present at chapel, however. The whole entire cabin of Greybeard ventured out for the day to have their cabin trip! What fun for them!  As the days activities began this morning, the guys were out progressing in their selected skills! Alistair S. made and awesome pot in pottery and Jack G. is really really close to earning his Gold in Riflery. Over in paintball, David R. and Will I. both received their bronze’s! Peter B. also got to step up and teach today’s rocketry class as a step towards his gold!

With so much going on, it’s no surprise that all the guys were pretty hungry by the time the lunch bell rang, and boy were they in for a surprise. I’ll be honest, today’s lunch is the definition of a camp favorite… PIZZA! Oh yeah today was Pizza day, aka the best day! So many slices were consumed in such a short amount of time, it was pretty awesome! Even better, we found out that the Seminoles won last night’s game! Lets goo Noles!

Full from all the pizza, it was time for a nap! The glorious thirty minutes rest was enough the rejuvenate the camp! After rest time, numerous activities opened for the guys free-time enjoyment! There was even a free swim for the guys in senior camp!

Later in the afternoon, the activities resumed! The mountain biking classes went over more advanced breaking and shifting techniques, and the climbing classes learned how to tie figure 8 knots! Down at the lake, swimming went over a few different strokes to use in the water!

Eventually, it was time for dinner. Cheesy potatoes and Salisbury steak were on the menu for tonight! As the food was eaten, the guys were eager to hear what tonights game would be! To a big roar, the game was announced as Stealing Skins, a camp legend! I’m not sure who was happier, the campers or the staff, as this is the one game the staff gets to join in!

Who will win? My bet is on the staff, but we’ll have to find out tomorrow! As for now, I have to head on up to play the game too!