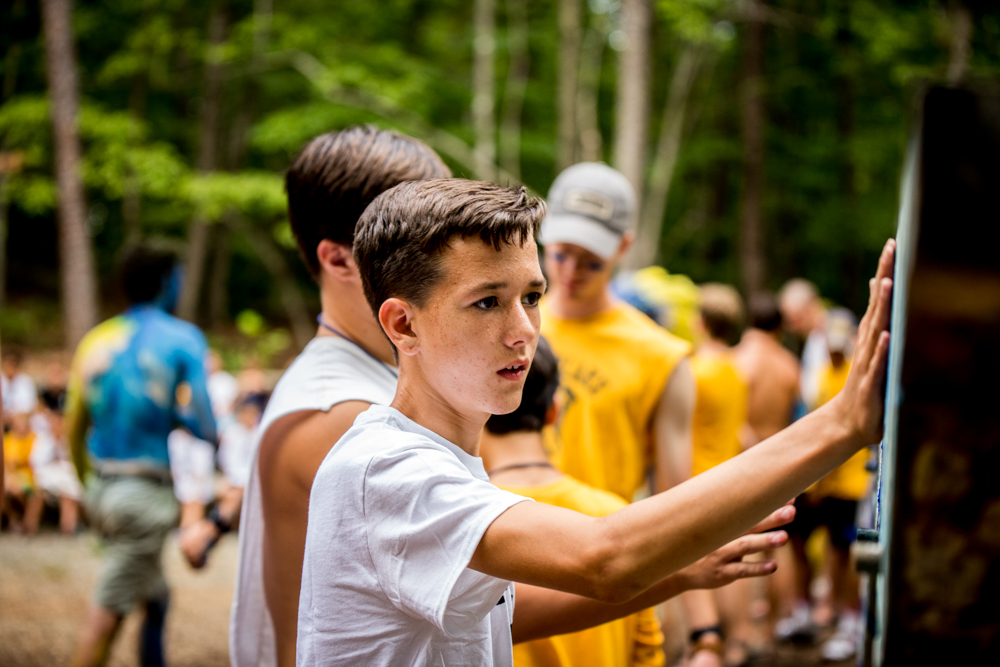 Early light woke our campers to another great day here at Camp Timberlake.  We were greeted to a breakfast of French toast and sausage, and then it was onto chapel!  Rain greeted us with a few rolls of thunder around the afternoon hours, not uncommon in the high country of North Carolina, but that didn’t stop our activities from having a fun filled day.   Kayaking worked on hip snaps and side-by-side rescue. Rocketry had an awesome launch where all the campers gathered to blast off what they had been working on, while climbing worked on the climber’s rating system, an important thing to understand when those campers go on off camp climbing trips!

Speaking of those trips, we had three go out today!  Climbing took a trip out to Table Rock mountain in the Linville Gorge and did a sweet multipitch route called North Ridge (5.5, 3 pitches).  They did the route in a blistering 2 hours! Quick enough to beat any Summer storms wanting to threaten the dry rock. Campers on that trip were Cameron T, Will G, and Keegan K.  Waterskiing also took a trip out to Lake James today, campers on that trip were Bryce B, Carson G, Court J, Jakob D, Tristan W, and Alex H. Another water sport also went out today, Kayaking to the Upper Green! This is one of our most advanced trips! Campers on that trip today were Ben A, Geoffrey M, Enrique D, Phillip S, and Charlie O.

After a fantastic dinner of baked ziti, our campers are preparing for the Little Chief ceremony.  This is a chance to recognize campers for their achievement in their tribes and to promote campers within their tribes as leaders.