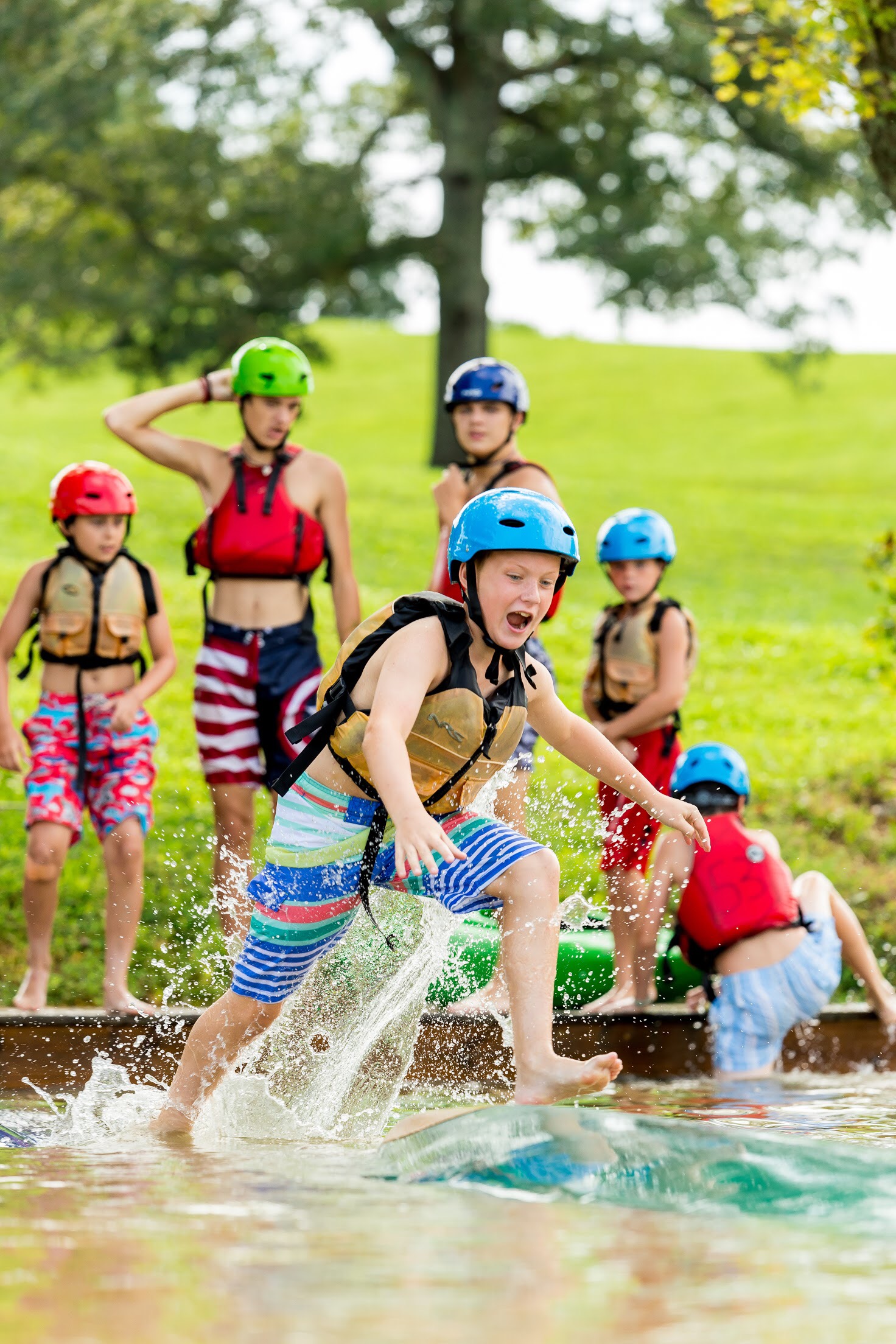 Today was yet another glorious day at Camp Timberlake as we began the last Sunday of the Summer. We awoke to rays of sunshine burning their way through a grey sky and an attitude that today was going to be a great day. But how could it not? Sundays are always great since it is a day of rest.

Sundays usually begin with what older campers and especially our counselors look forward to all week, that sweet, much needed extra hour of sleep that comes with waking up at 8 am. Right after we shrug off the last bit of drowsiness to either gentle music or a counselor shaking the ground beneath our feet as he channels his best Rick Flair impression with two claps and a “Wake up Stomper’s Knob it’s a new day!!! Whooooo!!!” we all head to one of the sweetest breakfasts of camp. You may be asking yourself, “Self, yesterday they had doughnuts for breakfast. What is sweeter than a doughnut?” Well on Sundays we have a breakfast of champions. We start with cinnamon rolls. We then move on to a second course of cinnamon rolls then wash it all down with some of the best chocolate milk that a summer camp can offer. After breakfast we move through the morning yell and into chapel where we sang some camp favorites like “In His Name,” Isaiah 43,” and “As the Deer” After chapel we all return back to the cabins to participate in the race for the golden plunger (highest average cabin cleanup scores). After cabin cleanup, we had a series of competitions instead of our regular classes. The contests consisted of sandcastle building, fort building, frog catching, bass fishing, a Sunday at the Masters disc golf tournament and an epic canoe bridge (If You Know You Know).

These morning activities ultimately came to an end marked the beginning of our migration back to the Tuck in order to stuff ourselves on a savory selection of Salisbury steak and salty smashed Solanum Tuberosum (mashed potatoes). After the feasting was done, we discovered the Seminole tribe won Pirate Ball which both places them in the lead and delivers them the momentum going into this final week. It is going to be a battle until the end though as the Iroquois are right on their tails. In a move that surprises no one, Little Slaty won cabin cleanup for the second day in a row, much to Big Slaty’s chagrin.

After Lunch, we all filed out of the tuck blissfully heading to the best HOUR, rest hour. That’s right we have an HOUR of rest on Sundays instead of the normal 30 minutes. Which is sooo hype. After rest hour we all had the opportunity to participate in a couple of tournaments around camp. There was a 3v.3 basketball tournament hosted by Will K. in which the 3 amigos were crowned champions yet again. Riley D. and Evans T. proved to have the best team dynamic, the most honor and guts in their search for glory as they fought their way to being champions of the  1st Inaugural Morgan Youngdale Memorial Airsoft Tournament. Finally, the last tournament was a fencing tournament hosted by Phillip S.

Finally, the campers headed up to the mark for a cookout of burgers and hotdogs, some field games like Spikeball (a camp favorite), ultimate frisbee and some soccer. After dinner everyone went inside for a special performance by the Black Mountain Oysters, the famous traveling band made up of some of our musically gifted staff members and some skits put on by BMI, Black Mountain Improv, the troupe that drops the heaviest jokes and sauciest performances in the western NC region.

Even amongst all this Camp sent out two amazing trips. We sent out a double overnight backpacking trip to Greybeard mountain. This is a trip where the boys become men #mantrip. We also sent out a day hike to Babel tower where one of the most epic and scenic swimming holes in the SE awaits any who dare to brave the hike down Linville gorge.

All in all it was as close to a perfect day as you can get.