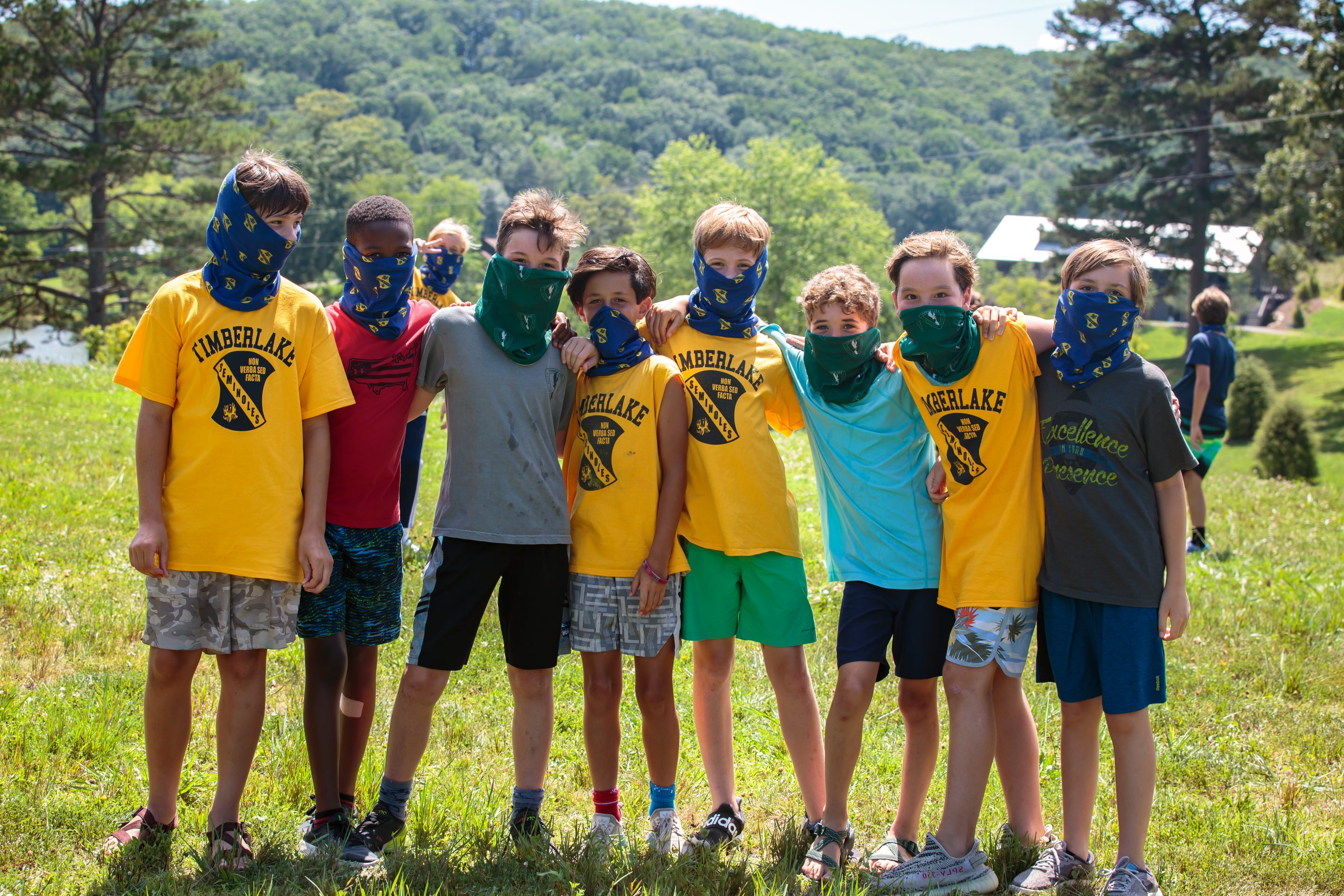 Today was a beautiful start to what seemed to be a normal day here at Camp Timberlake.
Both Jr. camp and Sr. camp had flapjacks for breakfast, and also was cleaning their cabins in a
fierce attempt to win the Golden Plunger. After breakfast, our buffs-up socially distant yell was
given to the entire camp by our amazing councilors Elijah Goodrum and Logan Brown.

In chapel, today’s music was led by Trevor Russell and Thomas Williams. They played
three songs and we had a true story, of course. Our true story today was led by our beloved Joe
Virgin. Joe talked about how he was being chased by ducks because of his favorite chicken
Mcnuggets. He related the Mcnuggies to sin and how we hold onto it and only Jesus can take
that sin away no matter how much we love it. After chapel is where we found out that the day
had a twist, for today was Tribal Palooza!!

The Greybearders participated in our third annual second session Hunger Games. The
other campers were competing against counselors in activities such as basketball, puppy racing,
and gaga ball, in an attempt to win points to sponsor the greybeard players. Once the Hunger
Games began the rest of camp played games like El Presidente, Search and Destroy, California
Kickball, and Waterfest before lunch.

At lunch, we had ham and cheese sandwiches along with some orange slices. After lunch,
we found that the Iroquois won counselor hunt last night in Junior camp. Then Junior camp
headed to rest HOUR while Senior camp headed to lunch. After both camps had rest time and
free time, The campers found out what new tribal activity they were playing next. The campers
played those games and then around 4:00 it was time for the Hunger Games finale.

The Hunger Games finale took place at the beach where the cornucopia was located. The
last two campers were Thomas H. and Gresham C. It wasn’t a very long battle for
Gresham rushed Thomas with a sock and eliminated Thomas by hitting him in the leg with the
sock, ending the Games with Gresham C. being the victor.

At dinner, we had chicken tacos and chips and pasta from the neighborhood tables. After
dinner Junior camp found that they would be participating in the Shaving cream war and
Slip-n-Slide for their evening activity. Senior camp found that they would be having Cabin Night
for their evening activity. That was the day of Tribal Palooza