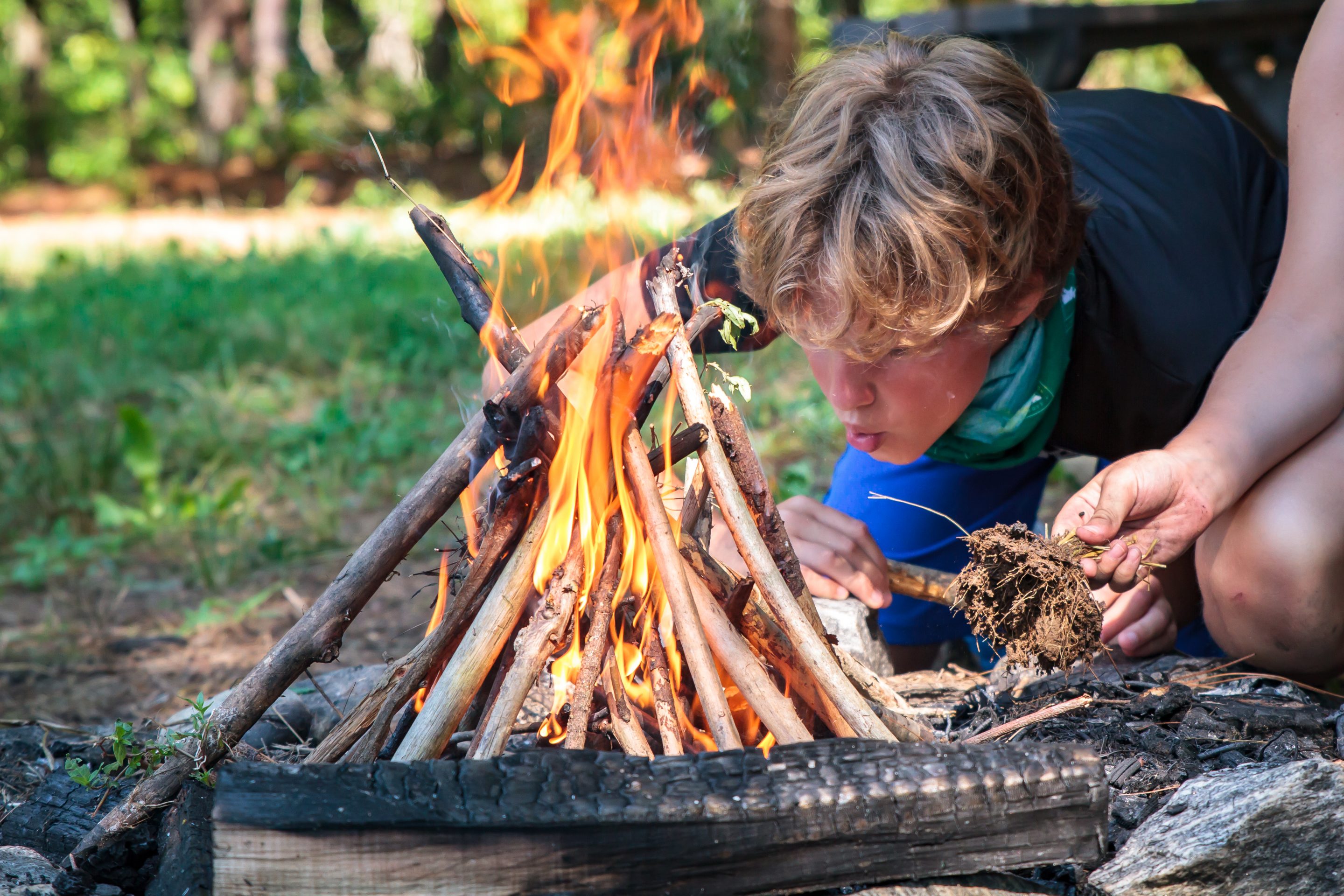 Today was a beautiful day to start the week here at Camp Timberlake. After a fun and exciting weekend, we went back to our normal routine of activities. Campers came down to breakfast for a delicious meal of french toast and sausage. Afterward, the morning yell was led by counselor Seth Brahney as campers prepared for the day. Once we all got those cabins nice and clean, we headed down to the chapel where the true story was told by John Menendez. John told us a story from his teenage years when he got lost in the woods. He reminded us how God will always be there for us when we are lost and afraid just as his boy scout leader was there to rescue him and his friends.

There were many campers that got to enjoy some great trips today. The first was a rafting trip that included Ford B., Patrick B., Barrett C., Hayden C., Wells F., James K., Mac K., Reid P., Jack V., Harrison W., Graham W., and Jaik W. Several campers also got to head out on a kayaking trip. These campers were Spencer M., Hugh S., Max C., Thomas H., and Heath S. The last trip included the entire cabin of Hawksbill where they went out on a cabin hike to Hawksbill mountain, the beautiful 360 view summit that the cabin is named after.

Meanwhile, the rest of camp was able to participate in their first set of activities for the day. Campers had a great time as several rockets were launched during Rocketry, Backpacking got to learn how to make campfires, and Field Sports had a blast playing soccer and football. Braden M  got his gold in swimming class and Wells F. made great progress towards his gold bar as well. After the first two periods of activities, campers headed to lunch. During lunchtime, it was announced that the Iroquois had won the tribal soccer and basketball from Sunday, while the winners of cabin cleanup were also announced. Finch’s Landing won the junior camp competition and Greybeard again reigned victorious in senior camp.

Once lunch was finished, all the campers were able to go enjoy some rest time and free time. After they were rested up and able to relax for a little while, the rejuvenated campers were able to head out to their afternoon periods of activities. Once activities were complete, we once again headed to the dining hall for dinner where campers ate their fill of great food and topped it off with some ice cream sandwiches. To the roar of the crowd, the tribal evening activities were announced and junior camp and senior camp went out to their respective games. Junior camp played a new game, Bandits Ranchero, while senior camp enjoyed a camp classic, Search and Destroy. Once the tribal games ended, campers headed back to their cabins to take some showers and clean up to get prepared for another great day at Camp Timberlake tomorrow!