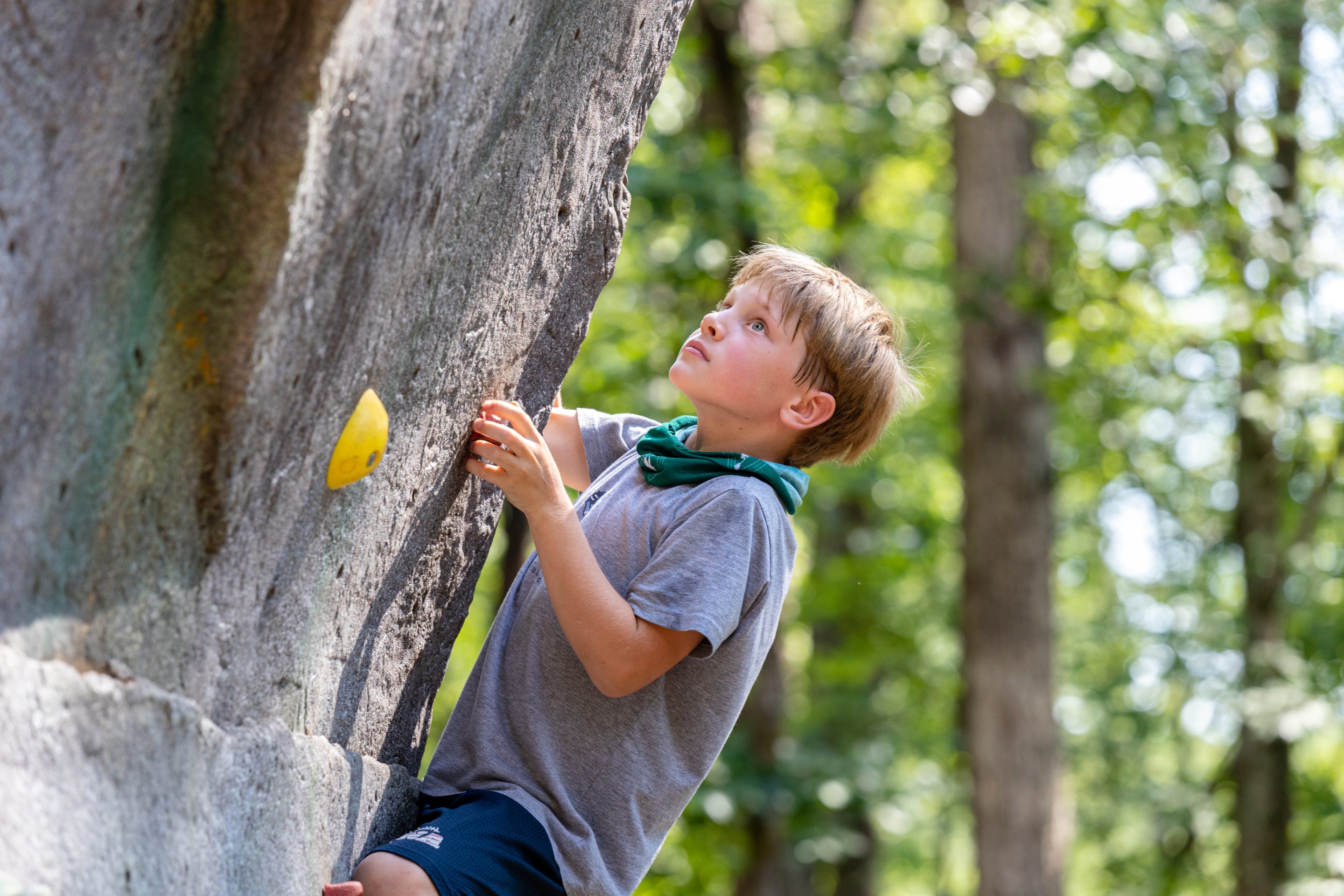 To the sound of reveille, campers woke up to a cool morning here at Camp Timberlake. Breakfast this morning included pancakes and sausage. After the hearty breakfast followed by the morning yell led by counselor Logan Brown, campers headed off excited for the new day. First up was chapel where we sang the camper’s favorite chapel song, “Anchor for Our Soul,” along with other songs. After the music, we heard a true story from John Menendez.

Some campers, though, left for trips following breakfast. Today there were two trips leaving the property, one for climbing and one for rafting. On the climbing trip were Parker H., Reid S., Nicholas G., Nick R., and Paul R. while, John B., Wade C., William E., Mac P., Garrett S., Hudson S., Peyton S., Heath S., Gavin W., and Phillip W. enjoyed a rafting trip. Also, tonight there will be ten campers sleeping in the woods for their Solo 13s. A Solo 13 is when a camper camps overnight in the woods of Timberlake in order to earn an elective mark which goes towards Little Chief. These ten brave men include Brodie B., Wade C., Jack W., Gavin W., Ean M., Logan O., Nick R., Paul R., Mac P., and Parker D.

While these trips were taking place, the campers were going to their daily activities. Today, there were several rockets launched during rocketry, many basketball bars were earned, a few campers reached the top of the climbing tower for the first time, and many kayakers perfected their rolls. After their first two activities, campers went to lunch, where the Seminoles were announced as the victors of Age of Empires, the evening activity from last night. The Iroquois sat in silence as the Seminole chant and hymn were sung loudly and to perfection.

Right after lunch, the campers went to rest time to relax and prepare for their afternoon activities. Once their daily activities were over, campers went to the dining hall for dinner, where we had camp’s favorite dessert, s’more pockets! Once the campers cleaned up the tables, John’s voice came over the speakers announcing, “And now…,” which to campers, means one thing: we are about to figure out what evening activity we will be playing tonight. The campers and counselors go wild, yelling and screaming at the top of their lungs in excitement for the announcement. Junior Camp Cabin Area Direct Will Allen begins running around the dining hall. Then all of a sudden, silence. The next thing you hear is Will yelling, “Commando!” And the crowd goes wild! With excitement, everyone went to put on their tribe jerseys and competed in Commando, one of the legendary tribal events here at Camp Timberlake. In this event, nearly every camper and counselor were soaked by water balloons as the two tribes competed to be the victor. Once Commando was over, campers went back to their cabins, to clean up and get some sleep to prepare for the next day.