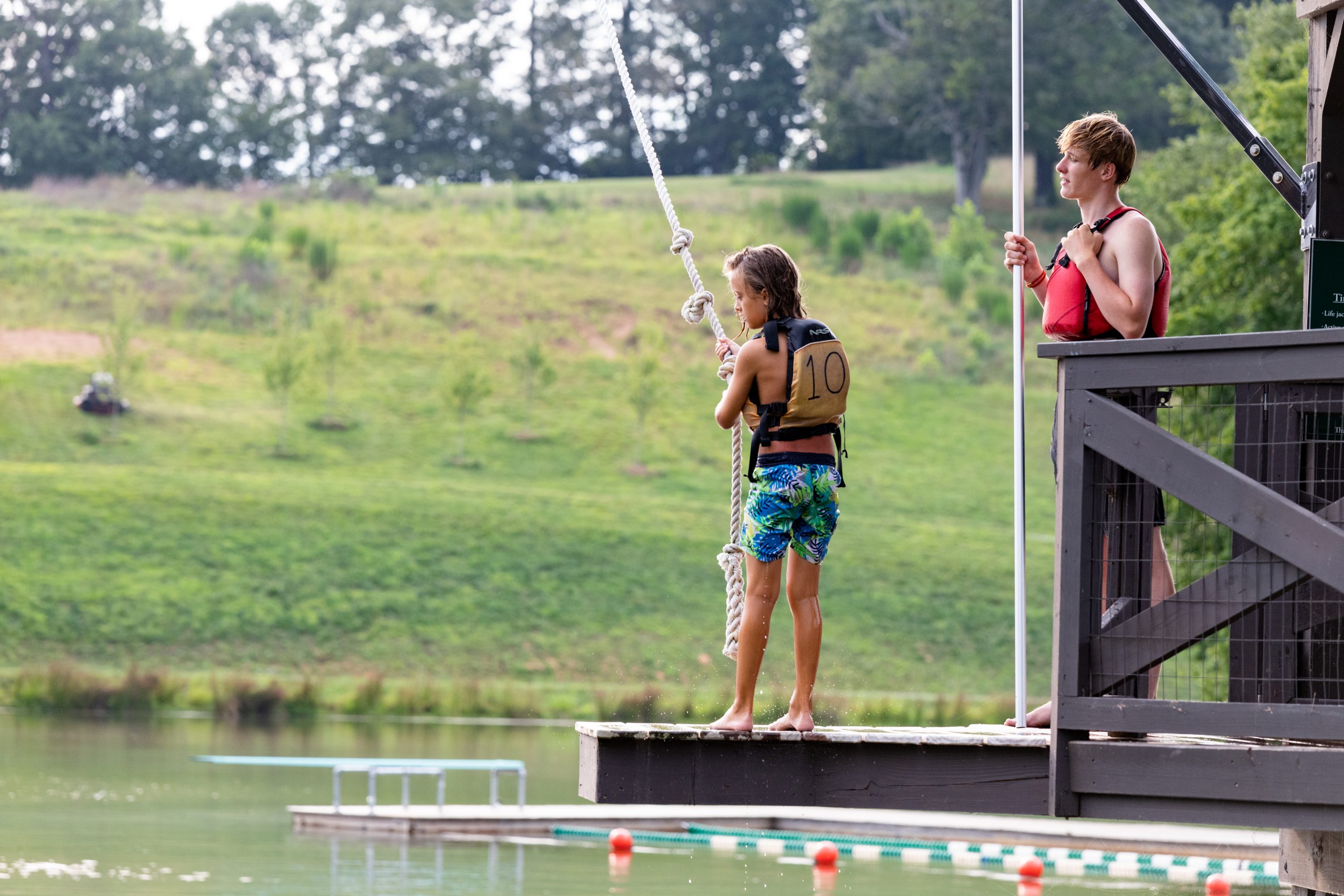 It was an amazing first full day here at Camp Timberlake as campers new and old experienced a different camp than in past years. We started the day off strong with a delicious meal of waffle sticks, sausage links, and grapes with grits at the neighborhood tables.

After breakfast, the boys went outside for a socially distant morning yell led by counselor Logan Brown to get the day going. The boys wore their Timberlake buffs that they received yesterday while they were yelling or singing to ensure that we are all staying healthy.

Today was the first day of activities which means that the instructors went over the rules with the campers to make sure they were starting off right. Activities are with neighborhoods, so the campers had their first experience as a group of Golden Eagles, Black Bears, Red Fox’s, or Blue Herons.

For lunch today, we had a camp favorite: mini corndogs and mac ‘n’ cheese.

The winners of cabin cleanup from the morning are announced after lunch is finished as well as the previous day’s evening activity winners. Last night, the mighty Iroquois won the opening day game of Sock War. The winners of the morning’s cabin cleanup contests were Greybeard of Senior Camp and Turtleback of Junior camp – both of which are the oldest cabins in their camps.

While all of the activities were gearing up for the session, camp sent out two trips. Walker C., Henry O., Banks P., Chase V., and Thomas R. from Hawksbill and Turtleback went to Curtis Creek for a fly fishing trip!

After everyone was back together at camp, we came together for a dinner of delicious ravioli with sides of broccoli and rolls followed up with a camp favorite, s’more pockets, for dessert. As camp tradition indicates, the Sultan of Fun announces the night’s evening activity after dinner, and we had four planned for the evening! For junior camp, the neighborhood of the Golden Eagles played a brand new game of California Kickball, which is a version of kickball made just for camp in which there is no limit to how many times you can run around the bases. The Black Bear neighborhood played Stealing Skins at the field next to the Mark. In senior camp, the Red Fox neighborhood played Tribal Basketball at the Mark and the Blue Herons played El Presidente at the Outback.

After evening activities were over, campers went back to their cabins to rest for a great day to come tomorrow. Be sure to tune in tomorrow night for another recap of the day!