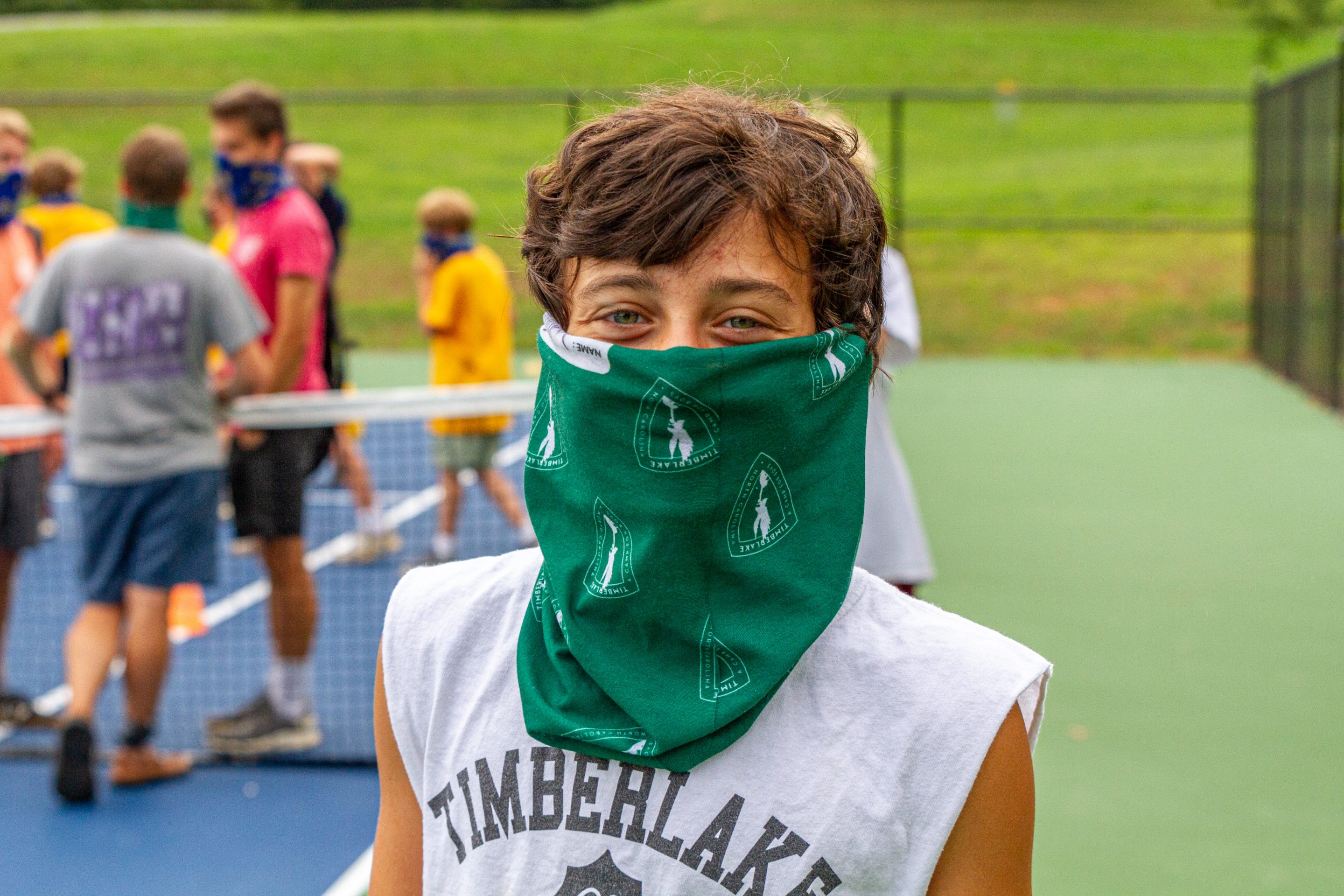 This wondrous Wednesday was kicked off with the awesome smell of coffee cake and a unique Morning Yell from Kayaking instructor, James Belt. After the boisterous call-and-response of “Let My Light Shine” at Chapel, we listened to a message from Backpacking and Riflery instructor, Logan Brown. Two trips left today: a backpacking trip including Will A, Jack G, David T, Chase VV, Matthew A, Henry O, Banks P, Will R, Benjamin E, and David E, and an exciting kayaking trip to the Nantahala River including Berry F, David R, Ben A, and Dash V.

Lunch was filled with smiles as we feasted on the camp-favorite: tacos in a bag. These are bags of Doritos filled with delicious ground beef, lettuce, cheese, and other toppings. They are fantastic! At the end of lunch, Greybeard was announced as the winners of cabin cleanup, to which they responded with calm golf-claps of victory. Junior Camp rejoiced at the much-anticipated announcement of a free swim, which they had been waiting for since theirs was rained out on Monday. Free time was exciting. Junior camp made a splash on the blob and rope swing, while several in Senior camp played for their silver and gold bars in Guitar.

Our afternoon activities were a blast! Joseph B. launched his rocket in Rocketry in an attempt for his Bronze. Meanwhile, many campers in Stompers Knob carefully shot for groupings in Riflery, and Cole S. earned his Bronze in Canoeing. Dinner came quickly, as the day passed by so fast. We dined on a great meal of chicken, wild rice, and vegetables. The Tuck spontaneously erupted into cheers as word passed around that our dessert was none other than the coveted S’more pockets! Campers exclaimed with glee as counselors made a dash to get this treat. We then made way to the Mark for an epic game of Battleball, one of the most loved events in the entirety of camp. The Iroquois and the Seminoles duked it out in the dodgeball-style game of guts and glory. The game concluded with the time-old classic: Staff V.S. Greybeard.

Now, we are winding down with our cabins, recalling tales of wonder from our day. Soon, we’ll fall asleep to dream of all the possibilities of fun that await us tomorrow.