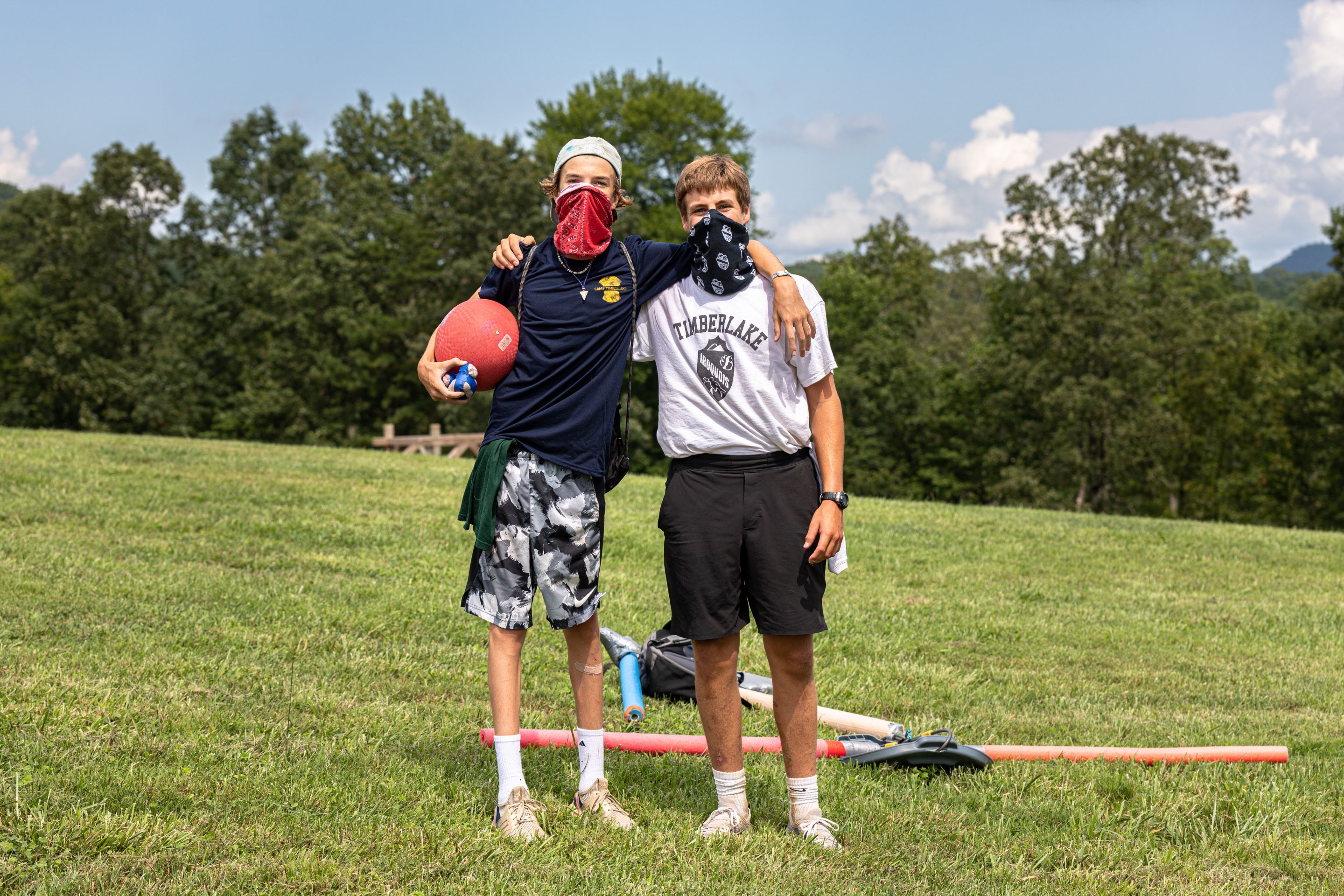 What a fantastic day at Timberlake! We started off the day right with french toast and sausage followed up by cabin cleanup and chapel. BUT little did they know… chapel had a surprise in store!

TRIBAL-PALOOZA!!!!!! This is by far one of our favorite days for a camper to experience: two tribal games and the Hunger Games! After chapel, we started the tribute games, which consist of a small challenge at each activity. These activities allow campers to earn points for their tributes in the games. They can purchase pool noodle swords and socks to throw. After these activities, our tributes pulled form the cabins of Greybeard and Big Slatey, were brought down to the cornucopia at the beach to be outfitted for battle! The cannon sound goes off, the tributes lower their blindfolds, and the games begin! Many tributes were out in the first minute, but in a small heat, two were able to rejoin the main battle! After they dispersed across the camp, the rest of us went to play Tribal Soccer and Search and Destroy!
Then onto one of our favorite lunches: chicken nuggets and fries! With two trips being out, our tables got to enjoy having extra nuggets to pass around.
The two trips today were mountain biking and the return of yesterday’s backpacking trip.
The backpacking trip included: Will A., Jack G., David T., Chase V., Matthew A., Henry O., Banks P., Will R., Benjamin E., and David E.!
This was a one night trip that had some wonderful views and smores atop Lookout Mountain!
The mountain biking trip included: Maverick H., Evans T., Boone K., Bay J., and Oliver G!
Today, new lookouts were elected for the two tribes in junior camp: Henry O and Theo T for the Seminoles, and Chase V and Matthew A for the Iroquois!
After lunch, the camp participated in some intense Bingball, which is a mix of soccer and dodgeball! Iroquois pulled out a win, but the Seminoles were inches away from victory!
With the camp eagerly awaiting the victory of the ongoing Hunger Games, the last two contenders met on the tallest hill in camp: Spyglass Hill. Cole S and Ben A, two representatives from Big Slately and Greybeard, prepare for the last fight on the hill. With a close fight and near-tie, Ben pulls out the victory and takes home the win!
After a full day of tribe activities, the camp meets for dinner consisting of lasagna, carrots, and one of our favorite desserts, ice cream sandwiches! Next up is the evening activity announcement: LITTLE CHIEF!!!
As the Tuck cheers for the campfire tonight, we go to prepare for commendations, bars, and promotion. The Staff and Tribe leaders paint up and prepare for the promotions!
Once the council ring has finished, the campers head to their cabin times for smores, night swim, and basketball at the Mark!
And that is a goodnight here at Timberlake! Tomorrow’s full day of fun and laughter is just a few hours away!
Ean Swink
Climbing Instructor and Big Slatey Counselor