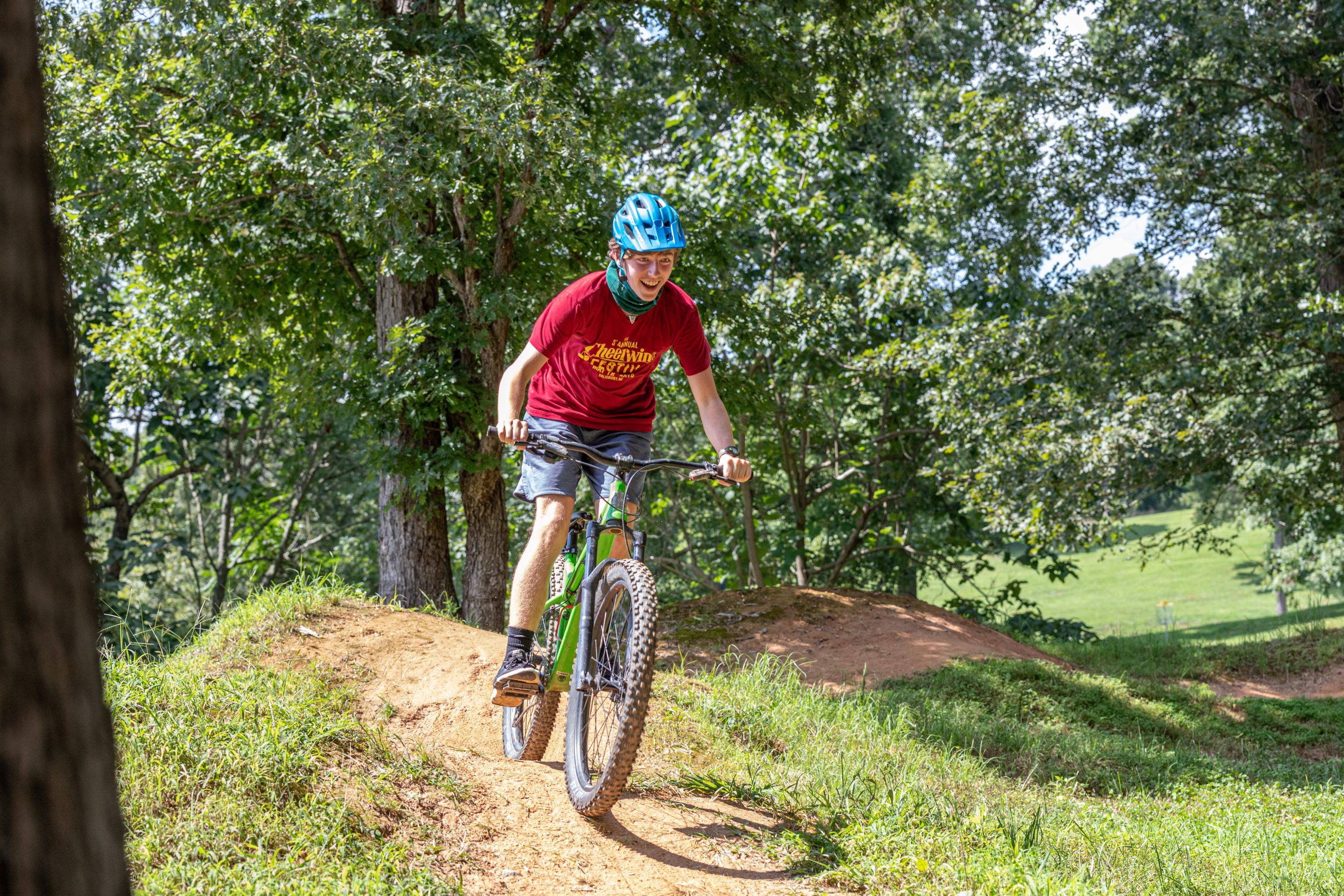 Back
Today was yet another great day here at Camp Timberlake! We awoke bright and early to the sound of the bugle, ready for an amazing day. We started off the day with pancakes, sausage, and fruit. After breakfast, we had two trips leave today. The fly fishing trip departed with Theo T, David T, Oliver G, Will A, Nolan B, and John W. The mountain biking trip departed with Ford B, Ryland K, Cole S, Ben A, and David R.

Following breakfast, we headed on to cabin clean-up followed by chapel. At chapel, we sang Give me Oil, The Banana Song, and As the Deer followed by the Camp Hymn as usual. Once we finished singing, our waterfront director, Lucy, gave us a great true story. Once Chapel wrapped up, we headed to 1st period where the paws class joined the swimming class to let our three puppies go for a swim!

For lunch today, we had some yummy ham and cheese sandwiches along with pretzel nuggets with cheese sauce and peaches. During lunch, John Menendez announced the winners of cabin clean-up; Greybeard won yet again followed closely by Finch’s Landing. John also announced that the winner of Great Escape from last night, which was the Seminoles! After lunch and rest time, Stompers Knob and Big Piney had a free swim!

During activities today, several campers received bars. In Backpacking, Connor B, Will A, Will M, Elliot S, and Daniel A all earned their Bronze bars. In Kayaking, Benjamin E, Connor B, and Silas E earned their bronze. Bay J earned his bronze in canoeing. In mountain biking, Ford B and Ryland K earned their silvers, and David R and Cole S earned their Gold Bars!

After our daily activities, we headed to dinner to eat chicken fajitas and rice with chocolate cake for dessert. At the end of the meal, our evening activities were announced; Junior camp is having cabin night and Senior camp is playing El Presidente!

As the campers begin to wind down from their evening in a few minutes, they will soon be off to rest and recharge for tomorrow. Be sure to check back tomorrow night for another recap of the day!