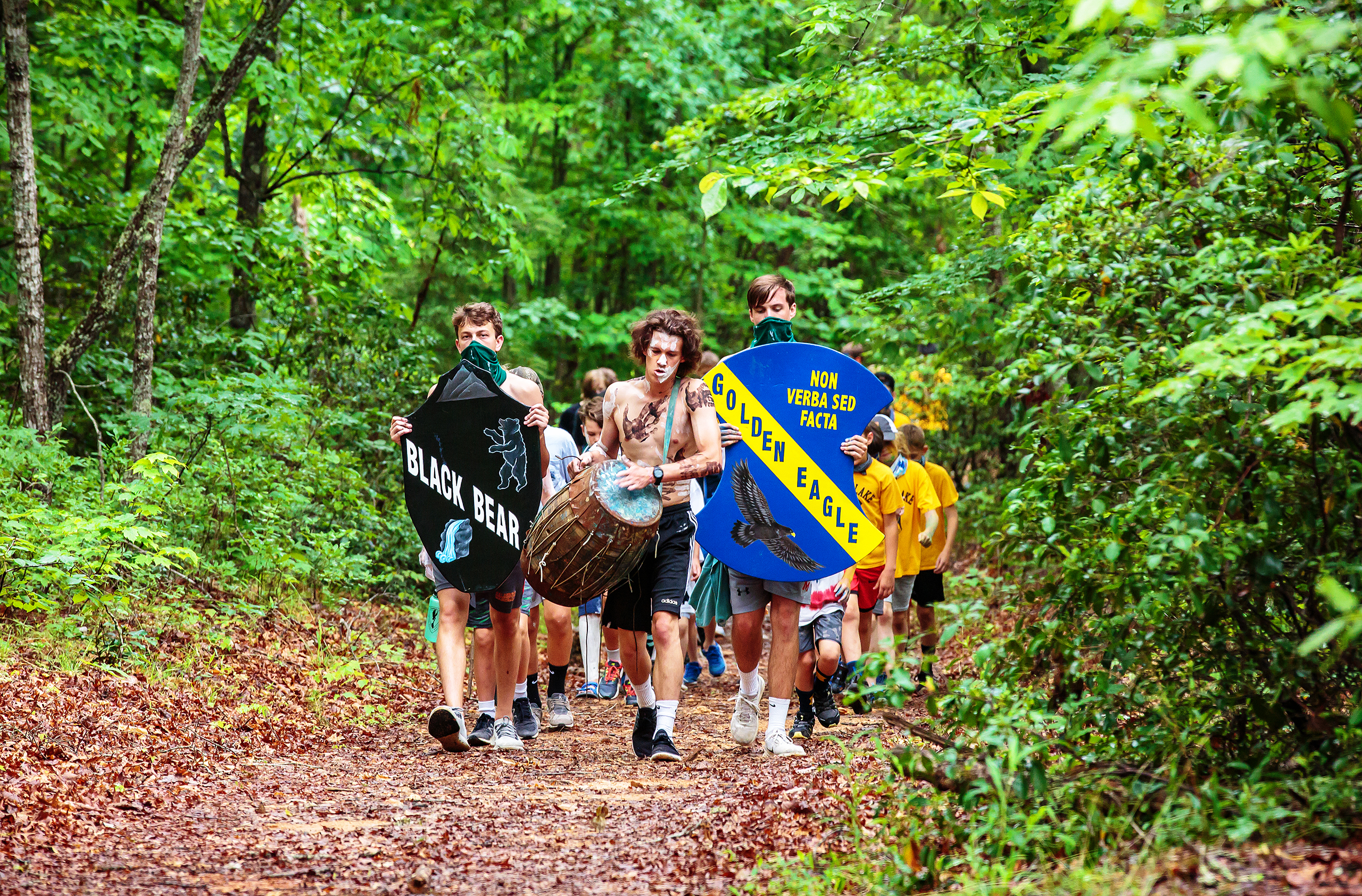 This morning was different than any other with John waking all the counselors and campers with a big yell screaming, GOOD MOURNING TIMBERLAKE, IT’S A NEW DAY! After getting ready campers walked down to the Tuck to eat a world-famous breakfast casserole with coffee cake. As campers were stuffing their faces shouts for cinnamon toast crunch could be heard throughout the Tuck. At the Chapel we heard a true story from James B. and after campers ran down to their cabins to start cabin cleanup. The cabin of Big Piney trying to defend their title after winning yesterday’s cabin clean-up scored a 9.5. (My cabin) (Also the highest score this summer.)
With light rain this morning it was a nice refresher to knock off some of the heat. I spent my mourning taking pictures of all the activities and let me tell you they looked fun. Airsoft had 3 on 3 tournaments which was a winner stays style. Backpacking was learning bear bags which involves throwing rocks over trees which is always fun. And Kayaking practiced rolls and then went on the kayak water slide. Definitely check out the pictures for the best pictures ever taken on a point-and-shoot camera. If you are wondering if I am majoring in photography, the answer is no, no I am not. After the activities, the kitchen staff blessed us with mini corn dogs and mac and cheese. Yes, your kid loved it, and yes I think we broke the record for most corn dogs eaten in one building. After lunch, the campers played ga-ga ball and tetherball. If you don’t know what any of those are, it’s a camp thing and it’s super fun. There were 4 total games of ga-ga ball. In the 4th period basketball, an epic game arose which ended in a last-second buzzer-beater by Reed D! Straight to dinner everyone went and ate the marvelous chicken, bread, and corn. I think another world record was broken for the amount of bread that was eaten. After dinner campers learned about LITTLE CHIEF. This is where campers are rewarded for bars in their class, years at camp, or commendations from their fellow campers and counselors.