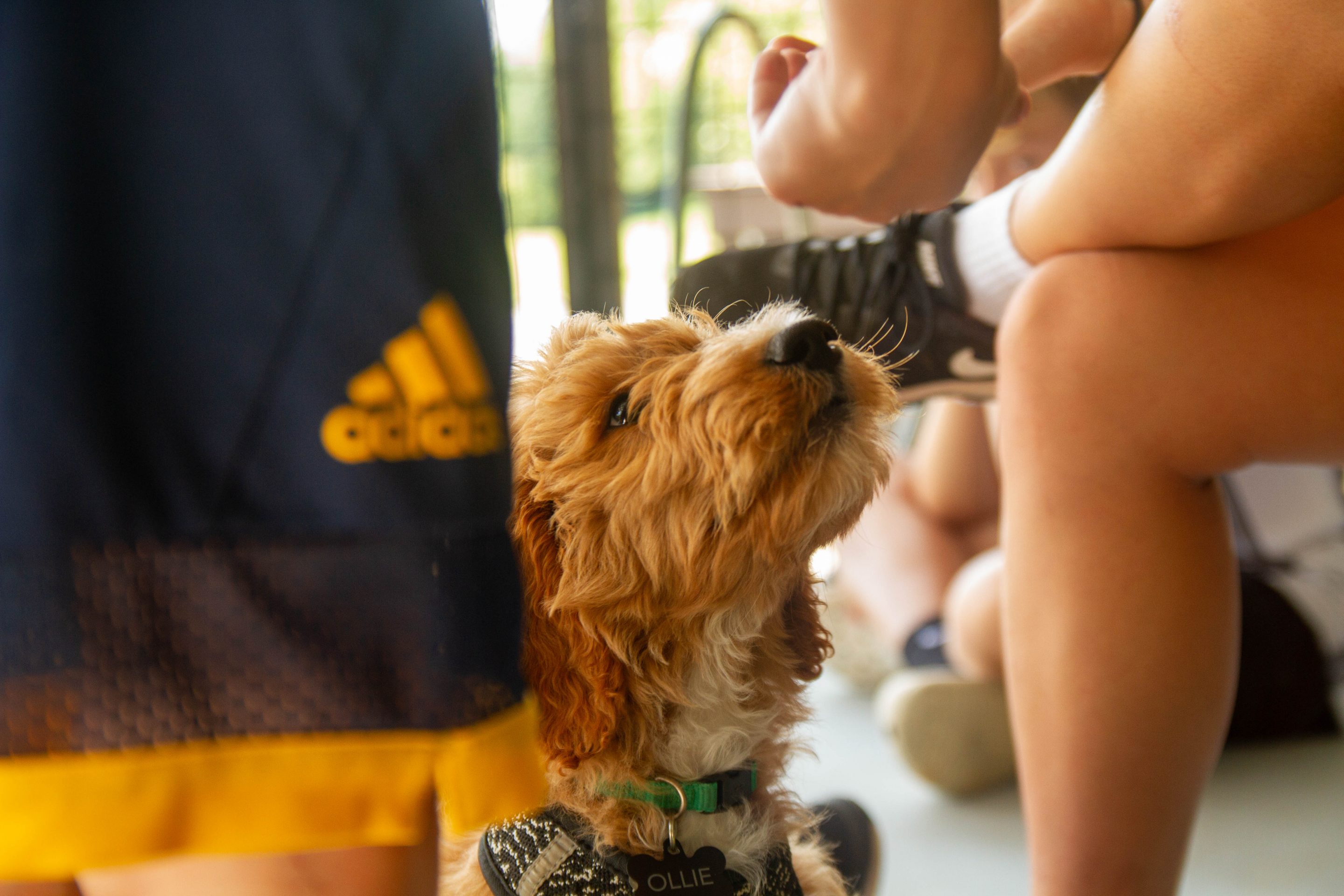 As we completed our first week here at Camp Timberlake, staff and campers stepped into a promising and fulfilling Monday that began with a hearty and delicious breakfast that consisted of waffle sticks, sausage, and eggs. I personally enjoyed the grits and grapefruit that were served at our Neighborhood tables. After breakfast, we gathered together at the porch of the Tuck for our annual ‘Morning Yell’ that was led by our very own John M. Following that we made our way to Chapel for morning worship and a great story given by fellow camp staff member Tommy S.

The first half of the day we were blessed with a nice breeze and a bright radiating sun that kept us warm and served as a great reminder to stay hydrated. Campers Thomas N, James R, Henry K, Evan L, Leyton H, Trell P, Reid P., and Hudson W. went to Linville Gorge for climbing and repelling trip which was a success. While the group enjoyed their day climbing, some exciting things took place here at camp starting with the Cabin of Huckleberry receiving their first 9 of the summer for cabin cleanup and Finch’s Landing scoring an 8. Thomas H. launched a rocket from The Outback which made its way across camp to The Mark and Tennis Courts. In Archery, Carson W. got 2 groupings, while Eli W. hit his first 15-yard target. In Fishing, there were not one but two big catches for William E. In backpacking Isaac L., Eli W., Carson W., and Merrick C. all received their bronze bars. While kayaking, Ray S. Will A, Ryker R. also received their bronze bars. There was also some fun for our four-legged friends in PAWS in which today they went on a walk with campers and had a fun opportunity to join fitness class for a run. After a fun and fulfilling day, campers and staff enjoyed a wonderful Chicken Alfredo dinner with sides of broccoli and rolls that was prepared for us by our wonderful and hardworking kitchen staff. For dessert, we ate some mouthwatering brownies with vanilla frosting. Also, during dinner, it was announced that tonight’s activity was everyone’s favorite game, El Presidente! After a fun but sweat-breaking activity and small cabin activity, campers and staff both went to bed tired but excited for tomorrow.
Signing off
John S. Jeffery III
Proud Black Bear and SB VP