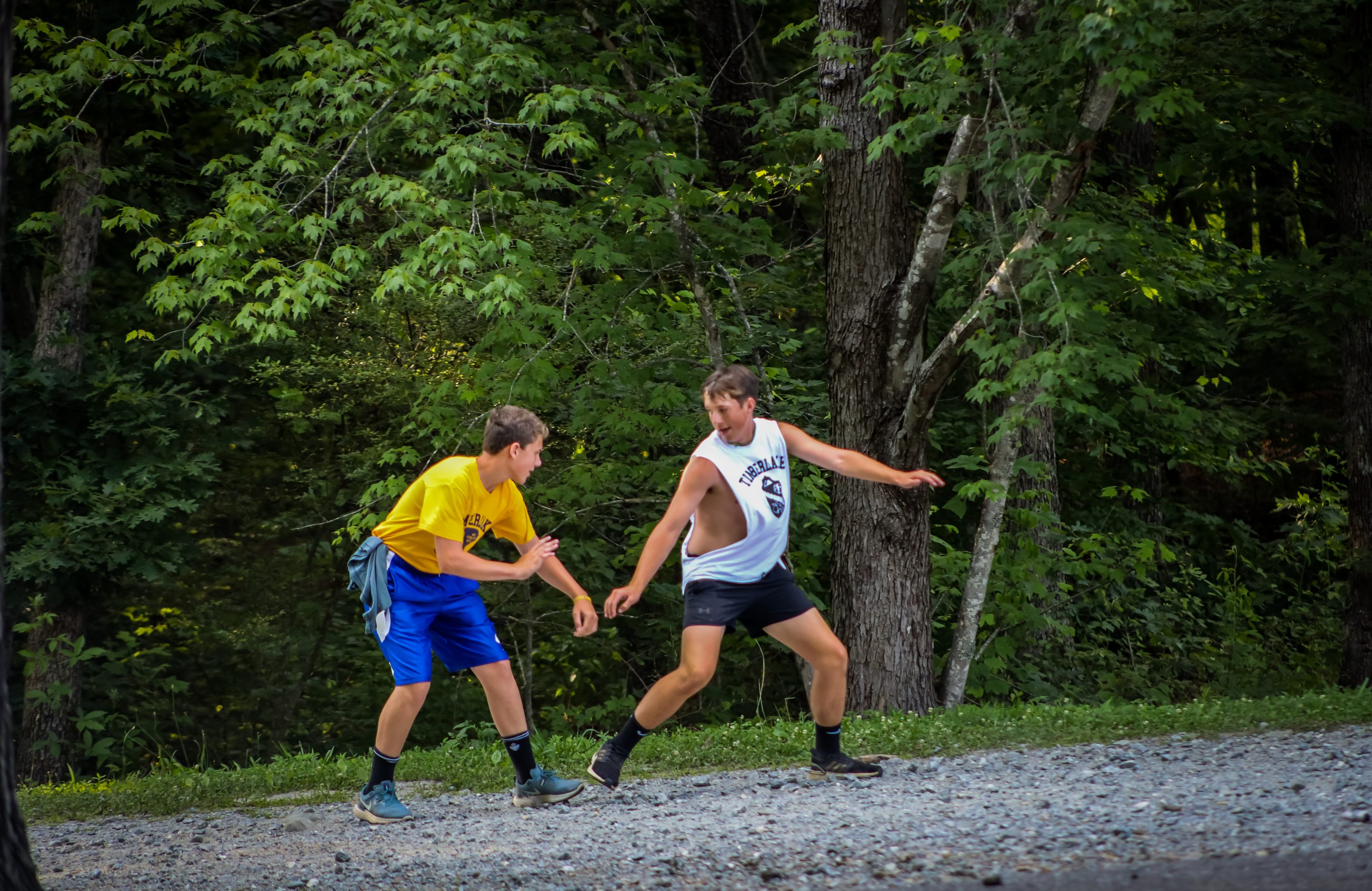 Yelling at the crack of dawn at 7 in the morning, campers of all ages were awoken by reveille. All campers then departed from their beds to the Tuck, where we eat all of our meals. This morning’s breakfast was a create-your-own breakfast sandwich made up of sausage and egg patties with a biscuit to top it off. Winston H. led campers in the daily morning yell. While this transpired, two trips prepared to be sent off. For Kayaking, Thomas H, Scott K, Nathaniel S, Henry O, Banks P, and Benjamin E were fortunate enough to embark through fun rapids here in North Carolina. The other trip, fly fishing, consisted of Barrett C, Sam C, Merrick C, Daniel H, Trell P, and Eli W. These two trips were during the regularly scheduled activities at camp.

Later in the day, all campers went to lunch to have delicious chicken caesar wraps and waffle fries. During lunch, all campers were notified of their cabin cleanup score and which tribe won their evening activities from the day before. The younger cabins learned that the Black Bears had won El Banido, and the Golden Eagles had won stealing skins. Each camper then went to a 30 minute rest time in which campers could write letters, read a book, or even take a quick nap. Then free time came, and campers raced to be at the front of the line at the trading post to receive their favorite snack.

After free time, campers proceeded to their afternoon activities. The weather had gotten a tad warmer in comparison to the morning, so it was perfect for campers to receive bars in activities like swimming. In swimming, Charlie S, Davis M, Cage D, and Hunter H, all received their silver bars. At this time the campers from the kayaking trip arrived back at camp with a multitude of stories to tell. For one, we learned that Henry O, and Banks P successfully learned how to combat roll in the rapids.

The dinner bells rang, and all campers enjoyed their final meal of the day at the Tuck. The doxology was sung as a prayer over the meal, and then everyone dove into their plates of tortellini and french bread. After they had eaten all of their food, brownies were served for dessert. Then the dining hall exploded with enthusiasm when the sultan of the games, Winston H., ran out. He announced to the crowd that they would be playing Pirate Ball! Campers in this game would not compete just on land but on the lake as well. Once the game concluded, the campers returned to their cabins and rested up for their next noteworthy day at Camp Timberlake.