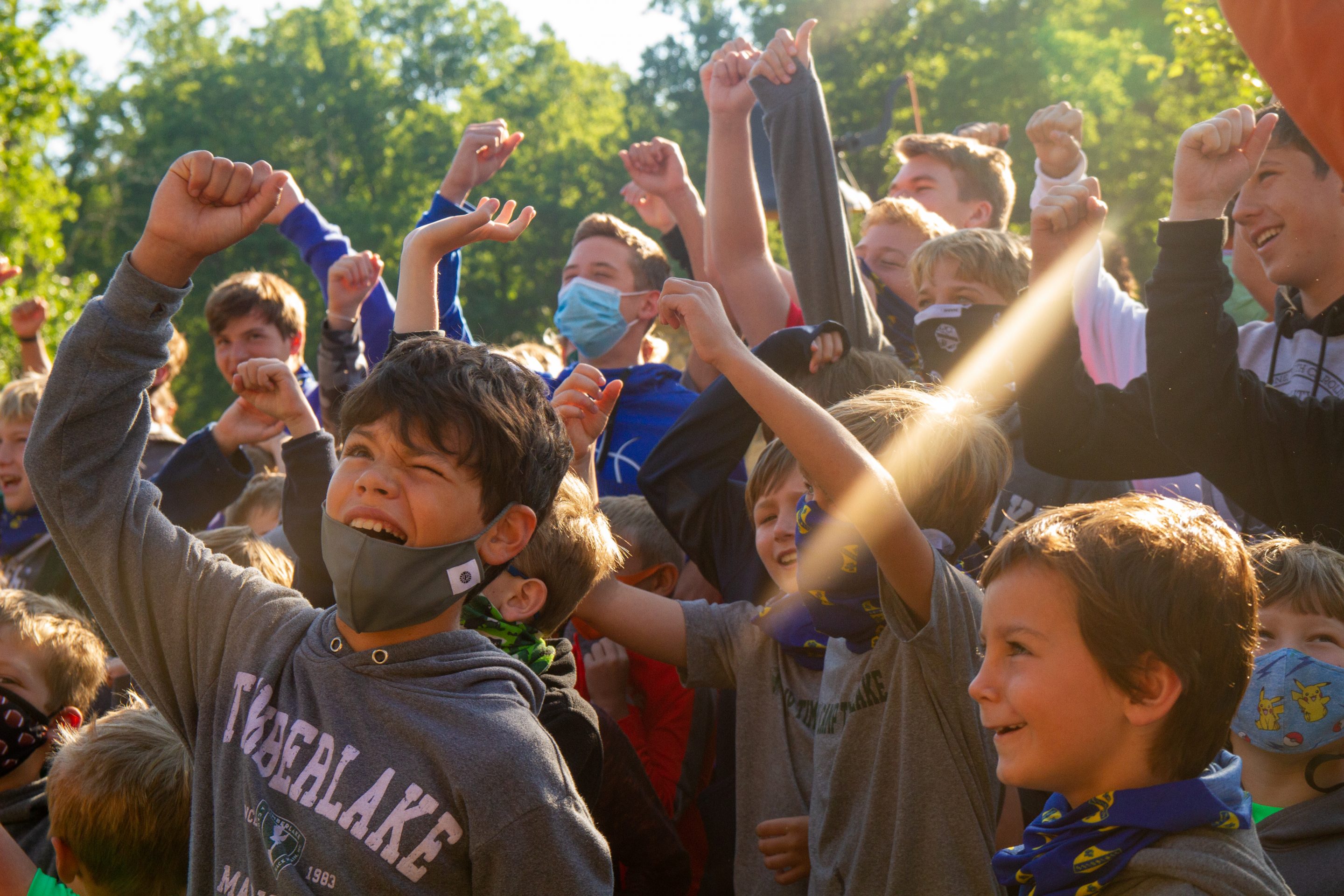 It was an amazing and action-packed final full day of session 1A here at Camp Timberlake. As the bell rang to signal the start of breakfast our campers feasted on sausage, eggs, and delicious hash browns as we fueled up for some fun. After breakfast we sent out two off camp trips. Merrick C, Ray S, James R, Juan Jose L, William B, and Isaac L went kayaking on the Tuckasegee River, and Nate S, Lucas O, Carson W, Henry K, Daniel H, Leyton H, and Hudson W went bouldering at Beacon heights.

As campers headed to their final day of activities, many finished up bar requirements they had been working on throughout the session. Edward B, Thomas S, Andrew M, Richard B Case M, Shepard B, and Carter T all got their bronze in airsoft. Evan L and Banks O got their bronzes in rock climbing. Sam C, Harrison C, Merrick C, Isaac, L, Will W, and Shepard B also got bronzes in backpacking and Neil R got his silver in Basketball.

After dinner, the boys headed up to the council ring for our Little Chief ceremony, where we take time as a community every week to celebrate the many ways we are seeing our campers grow. Even though every boy does not receive something each week, we hope this ceremony is an opportunity for every camper to be reminded of the unique gifts they have been given and the ways they have been growing during their time at camp.

We also had some boys earn a promotion to the next rank in our Little Chief System.

Those earning the rank of Tracker were: Reed D, Henry O, James R, and Ray S

Those earning the rank of Huner were Reid P and Banks P.

After closing our ceremony, we all headed off to play one of the most popular games at Timberlake, Commando! Picture a giant water balloon war on a field with over 8,000 water balloons and you can kind of get the idea. A fun time was had by all but we’ll have to wait until tomorrow to find out who emerged victoriously.

As our two-week campers prepare to head home tomorrow, Catherine and I could not be more thankful for the great group we’ve had here. Thank you for sharing your sons with us and we can’t wait for everybody to be back next summer!