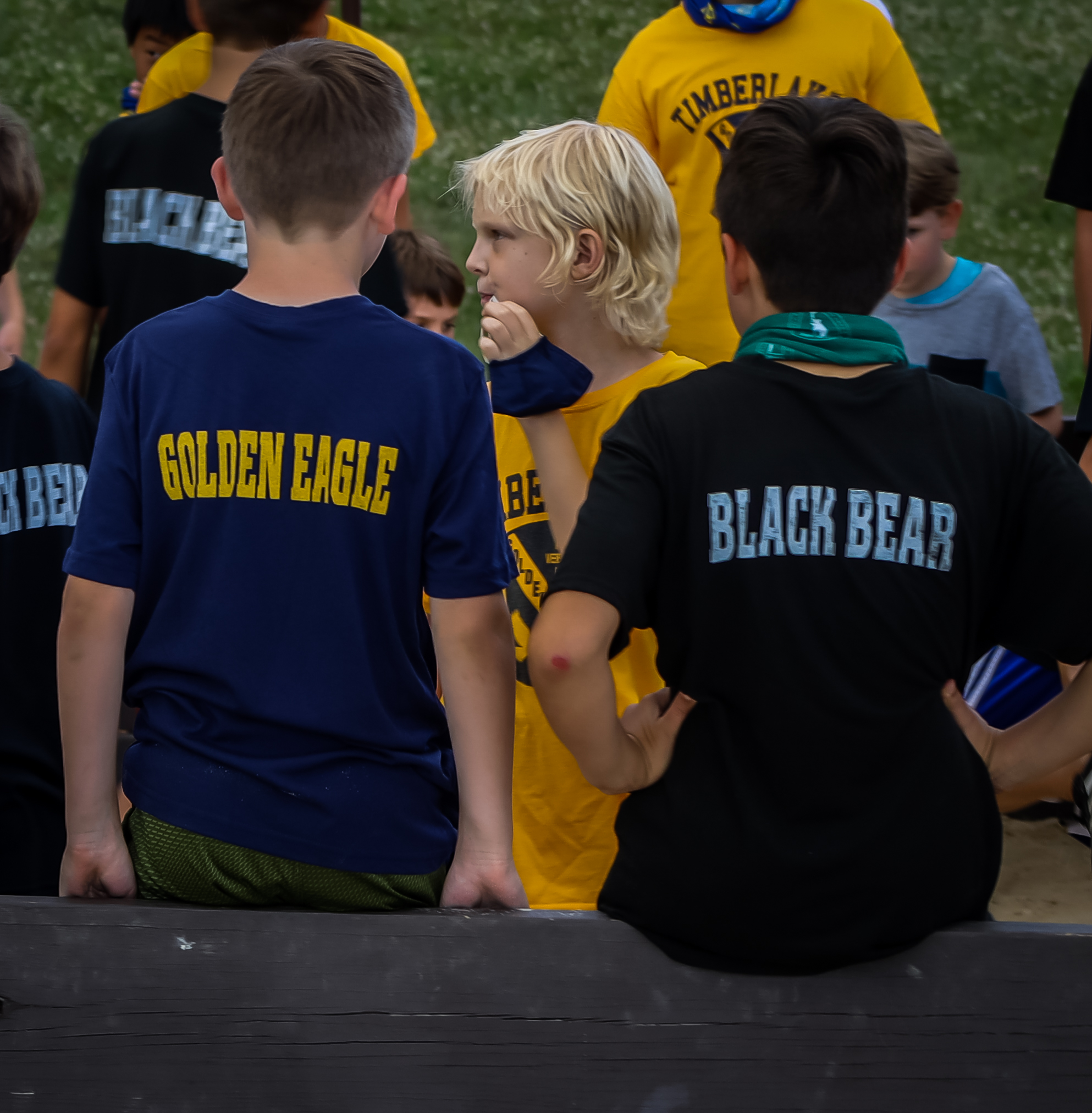 Today began like any other day at Timberlake. Revelry went off at 7:00 am sharp, and everyone was down for breakfast at 7:30. For breakfast, we had savory sausage patties, scrumptious scrambled eggs, diced potatoes, and buttery biscuits. As is tradition, the morning yell was done right after breakfast. Some people had a little bit of a different day planned. Roger H, Ben M, Henry O, Ryker R, David T, and Chase V all went Fly Fishing. While Greybeard, our oldest cabin here at camp, went on their famed “Greybeard Trip”. Some chapel favorites were played at chapel this morning, and after a tremendous true story from Alex, it was time to clean those cabins. Some campers were still on an awesome overnight trip to Shortoff where Alex F hung an incredible bear bag. In Basketball, after learning the defensive fundamentals they played pickup games. In Fitness second period, Harrison C crushed the trail run and circuits afterward. Wrestling had some intense games of toe tag after learning the double-leg takedown. Bennet H got three people out in airsoft. Backpacking class learned fire safety and then lit a small campfire. Meanwhile, at the lake Garrett S got his kayaking roll while Swimming worked on silver bar requirements.

Lunch was a Chick-fil-A inspired meal of waffle fries and chicken sandwiches. Making the podium for Cabin Clean-up was Huckleberry with a 9.0, Big Slaty and Big Piney tied for the silver medal with a 9.25, but Hawksbill edged them out with a 9.5 to secure the cleanest cabin for the day. We also learned at lunch that the Golden Eagles emerged victorious in the previous night’s game of Mission Impossible. Once the bugle rang to signal the end of the best time, rest time, it was off to the races for the first person to be in line for the Trading Post. After a fun-filled free time full of Gaga Ball and Nine Square, it was time for the last two activities for the day. In Archery, Benjamin C got two 15 yard groupings inching him closer to earning his next bar. Mountain Biking reviewed their previous class and then went on to do the pump track. Field Sports played an intense game of World-cup while Tennis practiced their forehands and backhands. A big highlight of the day for Barrett C was successfully launching his level three rocket earning him his gold bar in rocketry class.

Then it was time for a dinner of roast beef, the cheesiest potatoes, and some delicious dinner rolls followed by rice krispy treats for dessert. Our Sultan of Fun Winston pulled the rug out from everyone when he announced that instead of doing a tribal activity tonight it would be Cabin Night. Each cabin gets to do something together such as roasting s’mores or having a free swim. Cabin night was a smash hit for everyone and it was the perfect way to cap the day at camp especially for Huckleberry, who got to watch the sunset from Spyglass Hill.