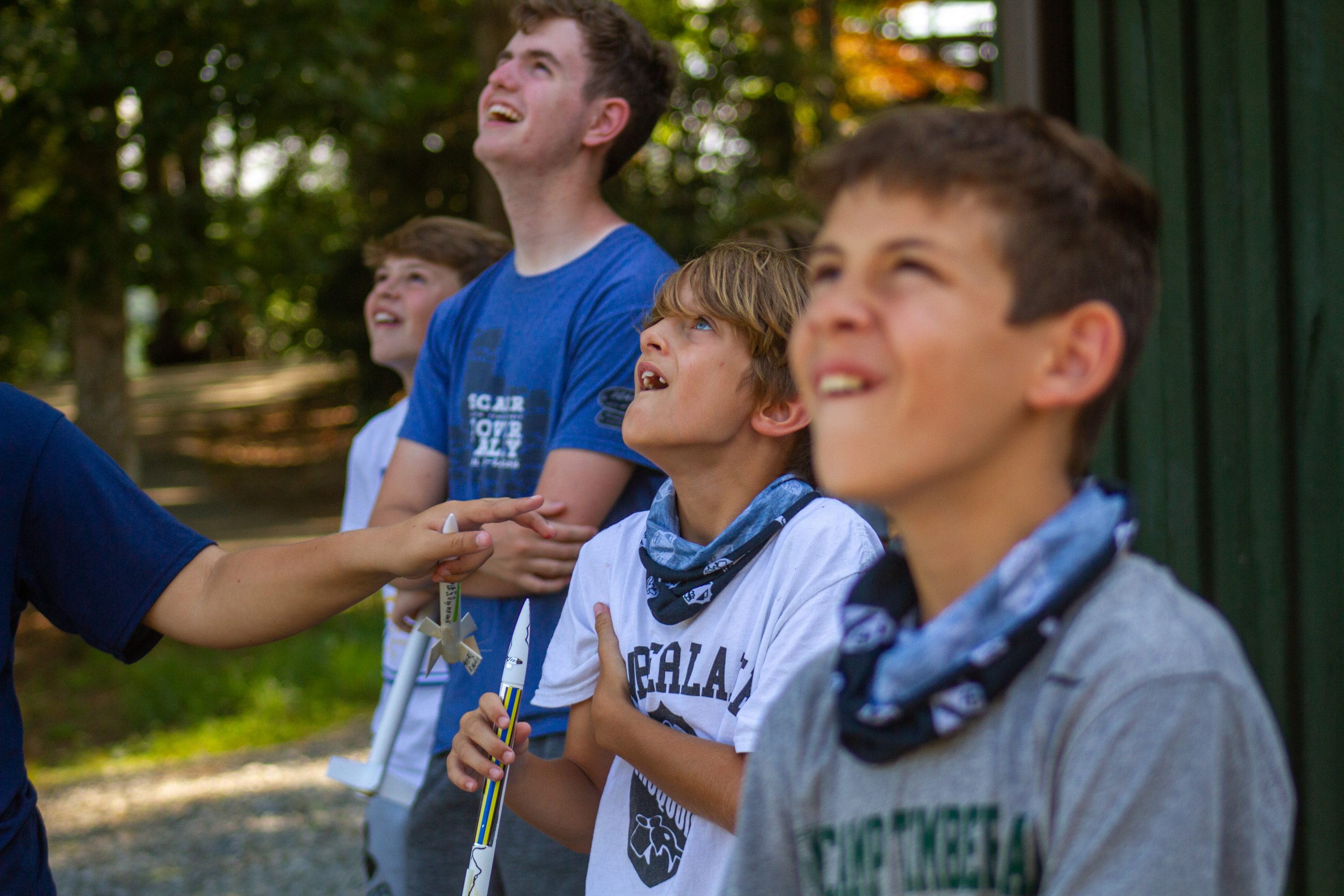 After all the craziness of Cowboy Joe Day yesterday, it was nice to get back to regular camp life. The boys woke up bright and early and strolled to breakfast. We ate one of my personal favorite meals: Geometry Breakfast! Biscuits with sausage rounds, egg rounds, hash browns, and cheese make for the perfect start to the day. After the morning yell done by the hilarious counselor duo Alex and Leo, the boys raced to Chapel. The boys sang some classic songs and Alex T. gave a chapel talk. It was a fantastic start to the day.

After some intense cleaning (which resulted in some of the best cabin inspection scores I’ve seen all summer!), the boys ran to their first and second periods. Garrett S. got his gold in Fencing which was an incredible feat! James S. and Alex C. amazed everyone by swamping a canoe and then unswamping it purely by scooping water out with their hands. It took them an entire class period, but they managed the impossible. A kayaking trip to the Mighty, Mighty Tuckaseegee went out this morning as well. Case M., Banks P., Henry O., Benjamin E., Reef L., and Ryker R. all conquered this fantastic river, and Case M. got his first combat roll!!! (Combat Roll: when the river flips your kayak when you are unprepared, and you can flip yourself back up without assistance.)

Dinner was delicious cheesy Tortellini, veggies, and bread. After dinner, the boys walked up together to have the first Little Chief ceremony of the session. Boys were honored for the bars they earned this week and the commendations from the staff and their peers.

The night ended with an epic game of Counselor Hunt! The counselors sprinted off to hide and the boys found almost all of them! The reward for finding a counselor is that they get to push the counselor off the high dive into the lake! I hope they aren’t scared of heights! After the game, the boys headed to their cabins for a good night’s sleep and the joy of knowing that tomorrow they can sleep in because it’s Sunday!