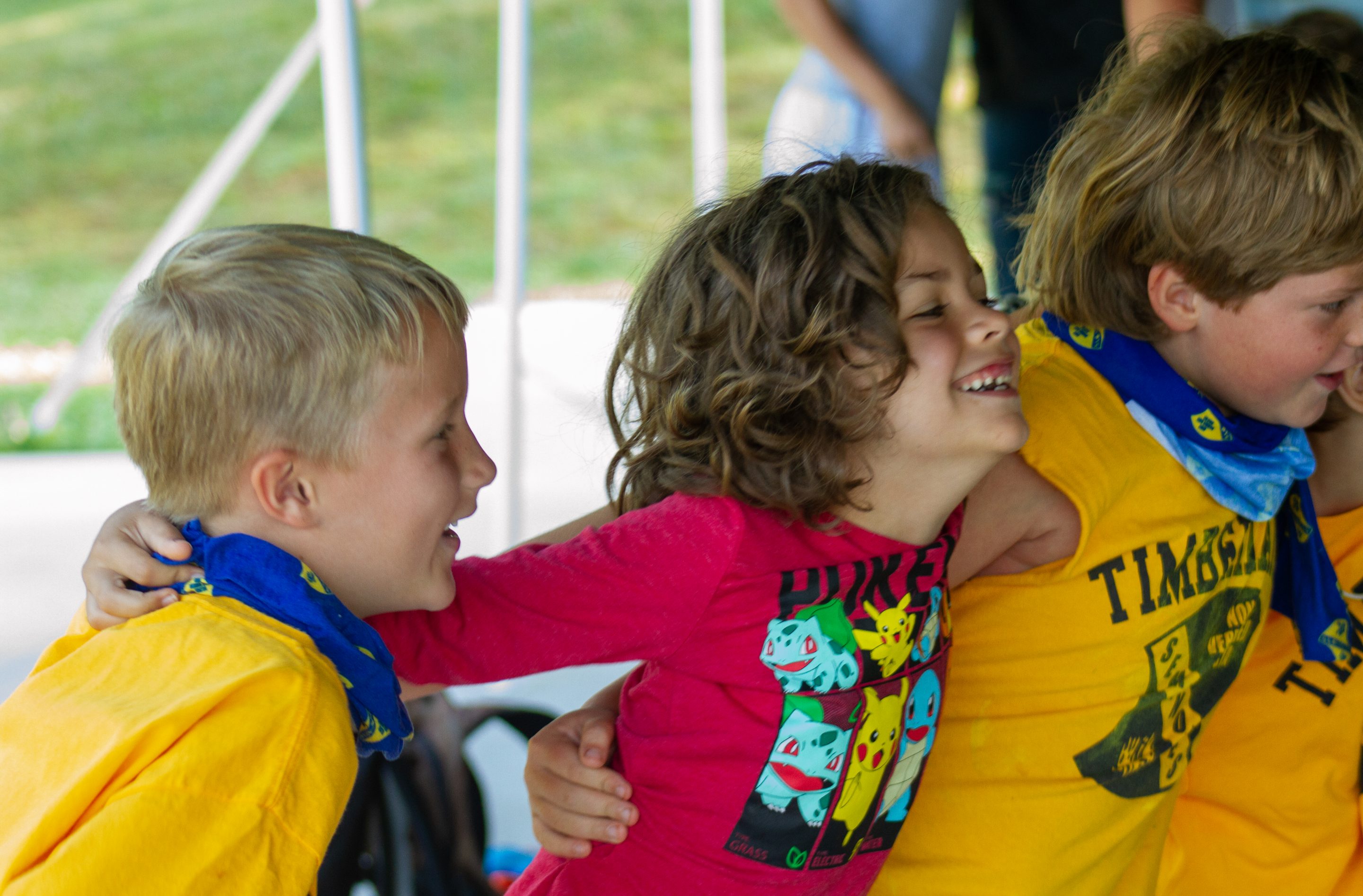 It was a bit of a groggy morning at Timberlake today, as campers returned to the usual wake-up time of 7:00 AM after getting a nice extra hour on Sunday. Despite a slow start, the weather and the day heated up quickly and became the least ordinary Monday of the summer thus far.

After breakfast, Merrick C, Will A, Jason H, Charles T, Sam W, and Alex F departed for a climbing trip to a beautiful location called Shiprock just outside of Grandfather Mountain. The guys had an amazing day in a stunning spot climbing some sharp granite to get a view that can’t be beaten!

While those guys enjoyed their afternoon outside of camp the rest of the campers enjoyed a sunny day full of activities. Recently, our waterfront director Lucie Christian posed a unique challenge to some of the kids in canoeing class that has taken some of the camp by storm. The challenge is simple: un-swamp a canoe in deep water using only your hands. The time-consuming nature of this quest truly seems out of reach, but not for the campers David T, David F, Blake L, and Cole C. You’ll never see a group of guys more stoked to have just hand scooped a canoe clean of water for 45 minutes, I promise!

In Kayaking, Reef C successfully got his roll in kayaking. While this may sound like an ordinary sentence, it is not an easy task and it’s a huge deal to nail that roll after lots of practice and failed tries! Another camper who achieved something pretty amazing today is Ryan G, who in riflery got what was described by witness Bennett K as a “really sick grouping” that “is probably one of the best things I’ve seen all summer.” Another camper who has chosen to remain anonymous added, “He made me look like I’m just awful at riflery, but it’s okay, he’s just really good and it has nothing to do with my skill level.” This grouping contributed to his search for a silver in the class.

Today in mountain biking, the campers rode the crooked mile, which is the hardest trail on camp property. Everyone that stepped foot on some pedals today crushed it! In field sports, some intense disc was played today in the form of ultimate frisbee.

In PAWs today, what would usually be a typical dog day gravitated into a silly sight that began with campers trying to cool down from the heat with the aid of a hose. What became a quick cool down became a mob of children with water-mohawks enjoying a simple moment. Here at Timberlake, we live for the small moments of joy and good company that make camp such a special and unforgettable place!