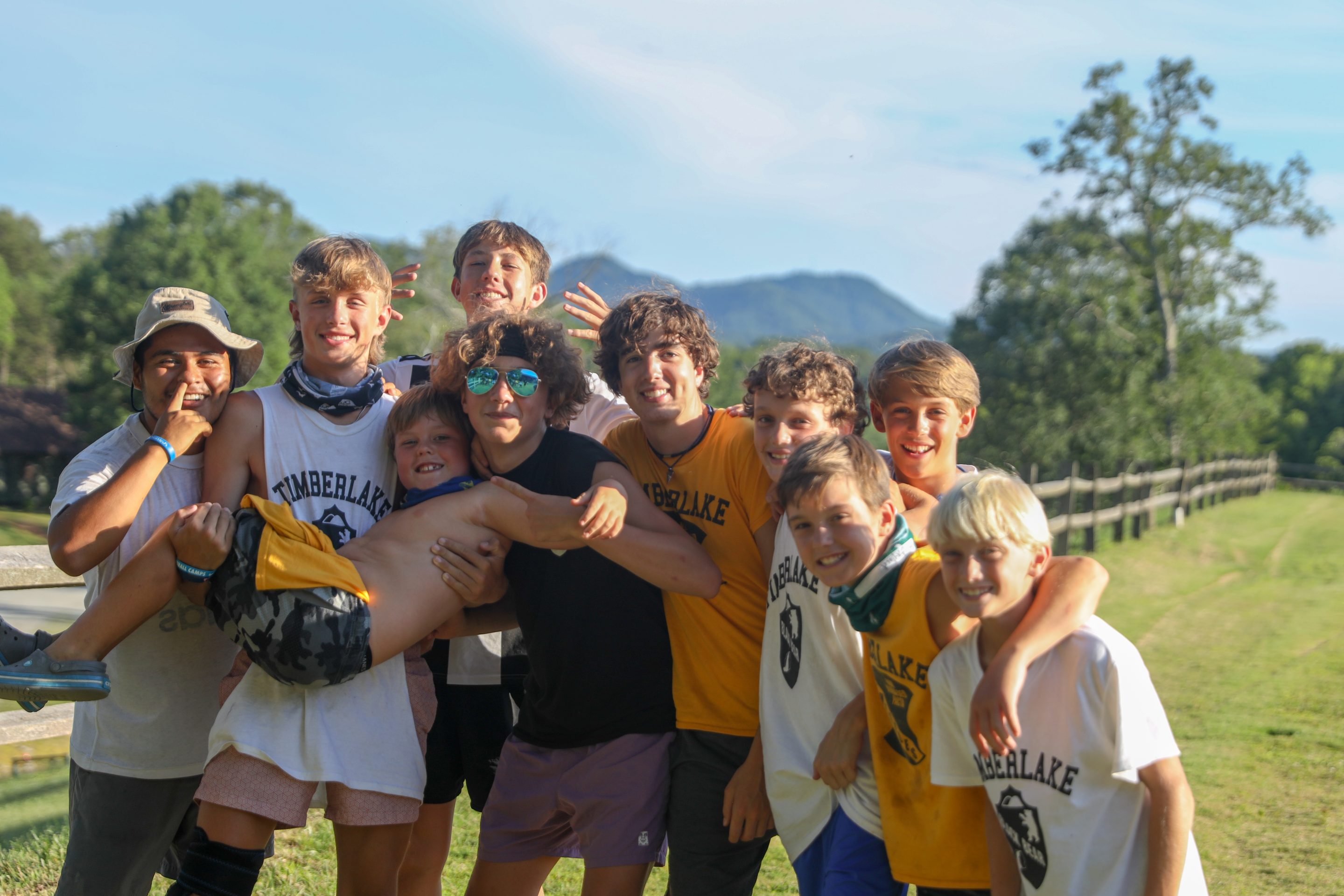 This final Wednesday of Session 1B, Camp Timberlake awoke to find that they were surrounded by beautiful morning fog, slowly being magnificently broken by the warm sun by the time breakfast rolled around. The day then began in a rush, with thunderous applause and considerable amounts of cheering. Campers were allowed to request songs they wanted to sing at Chapel.

Moving on into the activities, with today being the last day to earn bars before the final Little Chief ceremony. The stakes were high, and attitudes were competitive, with at least six activities opened during free time.

Field Sports had a literal and figurative field day, with Tyler L., Thomas R., Thatcher S., Alexis B., Sam W., Jack D., and Wills W. all earning their Bronze on the same day. Meanwhile, the other activities were certainly not slacking off. With only a couple of hours left, Lucas O. earned his Gold bar in fencing. He had to beat his instructor in a round that almost certainly required all of his skill. Meanwhile, over at the airsoft course during free time, Mason S. hosted and officiated a tournament to complete his silver bar.

However, the action was not contained to just the property of camp Timberlake. A fly fishing trip left this morning for a little more experience and to develop new skills. However, this was no ordinary fly fishing trip (if such a thing exists), as the young men who participated also sighted a couple of F/A-18 Super Hornets flying distantly overhead!

In addition to this trip, the overnight kayaking trip that left yesterday returned. Stories range from the first day spent on the Nantahala, most certainly being a cold experience, especially with the drizzle that accompanied it. The campers were resilient, and Case M., Ben C., and Banks P. demonstrated terrific combat rolls. In addition, Benjamin E. held a great line at Nantahala Falls. On the second day of this incredible trip, the kayakers had a great day on the Pigeon River, with no swimmers and much fun on several enthralling class three rapids.

As the day nears its close, all of camp Timberlake prepares to play a game of Commando. It involves a substantial amount of water balloons and a limited number of targets. With one incredibly close race leading into the last few days of this session, the competition for the coveted banner draws towards its close.

The many accomplishments and strivings of the campers today and any other day at camp have certainly made each moment of today. The last desperate race for marks and promotions has been a driving force behind the frantic competitive attitude of every camper.