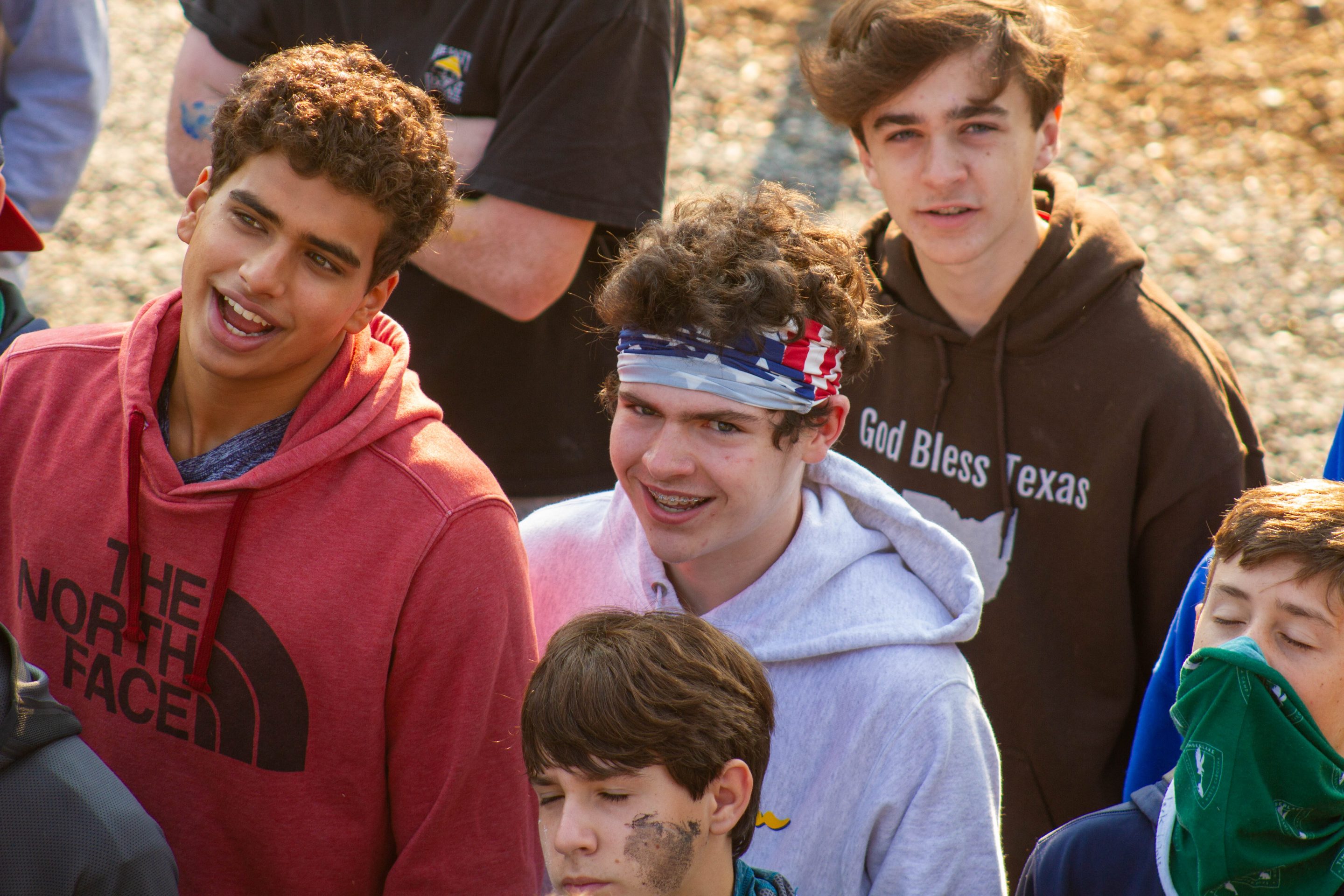 We had a wonderful beginning to another session here at Camp Timberlake! On our first full day of Session 2, the boys awoke to the ribbit of frogs and chirps of birds as the fog drifted across the lake. In other words, a beautiful Carolina morning. At breakfast, campers fueled up for the day with plenty of biscuits, scrambled eggs, hearty sausage links, and fruit. Following the meal, long-time staffer Charlie R. led Timberlake in a classic rendition of the Morning Yell (it was quite a loud one today)! Our first chapel of the session featured camp’s favorite songs, including “Pharaoh, Pharaoh!” and “On Jordan’s Stormy Banks”, followed by a delightful Gospel message from our director, John M.

The first round of activities introduced many campers to new opportunities. Fencing and Rocketry learned about safety procedures, an influential part of any activity. Also, in Rocketry, classes launched a tennis-ball rocket, a paper airplane rocket, and got to fire the bazooka! Brodie B. impressively earned his bronze bar in guitar on the first day! Campers in archery learned about the parts, and proper use of bows and arrows, and Ben C. shot a compound bow. Two trips departed from camp this morning. Senior cabin mountain bikers Reid S., Timmy M., Wells F., Ford B., Mac P., and Logan O. tackled some trails together this morning. Jake O., Ben P., Matthew H., Emerson F., Jackson M., Chance S., Barrett B., William V., and Radford M., crushed a beautiful 6-mile hike around Tom Creek and the Mountain-to-Sea trail.

The afternoon commenced with an all-time Timberlake classic lunch, Tacos-in-a-Bag (a.k.a. Walking Tacos). This meal features one filling a bag of crunchy Frito tortilla chips with your favorite taco fillings, including ground beef, cheese, sour cream, and guacamole. At lunch, we found out the cleanest cabin of the morning: Hawksbill! After much suspense, campers also discovered that the winner of last night’s Sock War and the first evening tribal activity was … The Black Bears!!

The two tribes then elected four tribal leaders each. The Golden Eagles elected Spencer M. as Chief and Garrett S. as Elder. Golden Eagle campers elected Mac C. and Elias W. as Lookouts. Across the bridge, The Black Bears will be led by James S. as Chief and Nik P. as Elder, with Matthew H. and Benjamin P. as Lookouts. When the free time rolled around kids played exciting games of 9 Square and GaGa Ball. Our campers in senior cabins enjoyed cooling off in the lake with a free swim!

The afternoon Disc Golf class saw Gary M. slinging the discs on the front nine. Meanwhile, Sanders H. and others learned firearm safety and range commands at Riflery. Colt P. and Carson K. were introduced to the thrills of bouldering at the climbing wall, and Brit M. observed proper braking techniques in mountain biking. A full day of activities culminated in tons of hungry campers, who were quickly met with bowls of sausage pasta, tasty cooked broccoli, and flavorful garlic bread.

As the evening sun began its glorious descent behind the Great Smoky Mountains, the Golden Eagle and Black Bear tribes met in camp’s greatest tribal scavenger hunt: The Great Escape. As Timberlake awaits the announcement of the game’s winner tomorrow, campers can fall asleep soundly as they look back on an incredible start to Session 2!