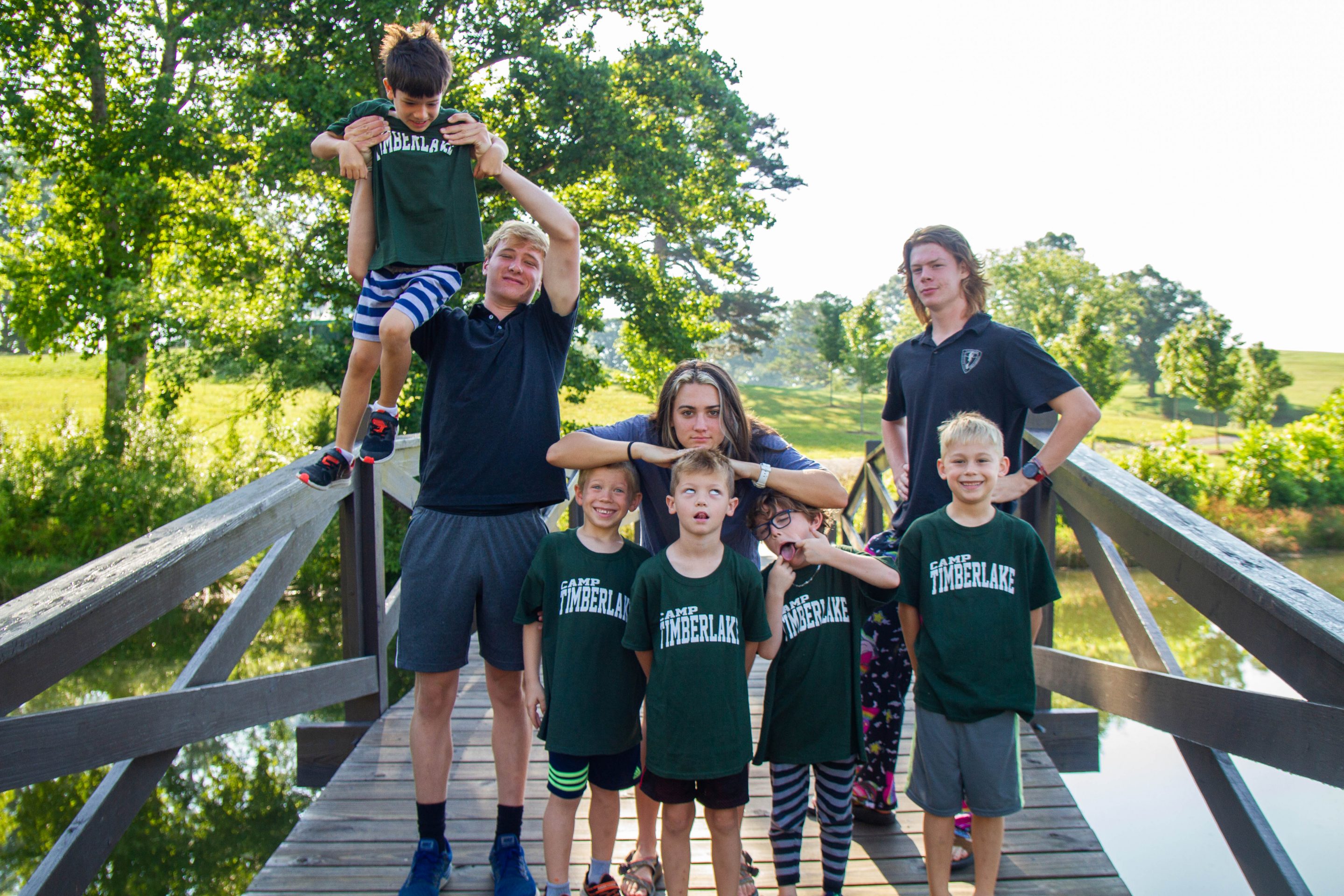 Good morning Camp Timberlake! By now, you fully understand the excitement that surrounds the beginning of another day here in beautiful Marion, North Carolina, but today had an even better feeling. You guessed it today. Today is Sunday, a.k.a, the best day, here at camp.

The boys were able to enjoy an extra hour of sleep, as our morning bugle went off at 8 am instead of our usual 7 am wake-up call. They then went on to enjoy a tasty breakfast of cinnamon rolls and fresh berries, a popular menu and Sunday tradition here at camp. After breakfast, cabin pictures took place, with all of the boys dawning the classic green Sunday shirt (Stay tuned for pictures!). After chapel, our Sunday schedule took place, which means no traditional classes. Instead, a bunch of fun, Sunday-only activities for the boys to enjoy.

A group of our older campers volunteered as tributes for an exhilarating Camp Timberlake Hunger Games! Our tributes were Ford S., Ben C., Brayden C., Spencer M., Parker D., John B., Will E., Logan M., Lance H., James S., and Max C. While the boys fought valiantly, the games came down to two competitors, Spencer M., and Lance H. After a close final battle, Lance H., came away victorious, adding his name to the proud list of Hunger Games champions here at Camp.

It may have been Sunday, but there’s always a trip to be had here at camp. Chase G. went on his first-ever trip here at Camp Timberlake, which just so happened to be the first-ever mountain biking and swimming trip crossover in camp history! After hitting the mountain biking trails earlier this morning, our trip group then made an extra drive over to one of the local swimming holes and got to enjoy the feeling of a nice summer swim, North Carolina style! They returned just in time to participate in our Sunday fort building competition, and let me tell you, you’d be hard-pressed to find a more fun Sunday activity than fort building at Camp Timberlake.

After a nice pizza dinner, the boys then enjoyed another Sunday tradition, our Vespers performances! The Black Mountain Oysters performed another fantastic three songs set, including some popular camp favorites, such as Love Story and Firework. Sweet Home Alabama made its way into the setlist this time around, and believe me, it was received well. In between songs, some of our campers and counselors performed comedy skits as directed by our head improv instructor, John J.

As the sun sets on another great Sunday here at Camp Timberlake, we can only be thankful for a happy and safe first week of session 2F. We are more than excited to bring you more updates as we begin what will certainly be an even greater week two.