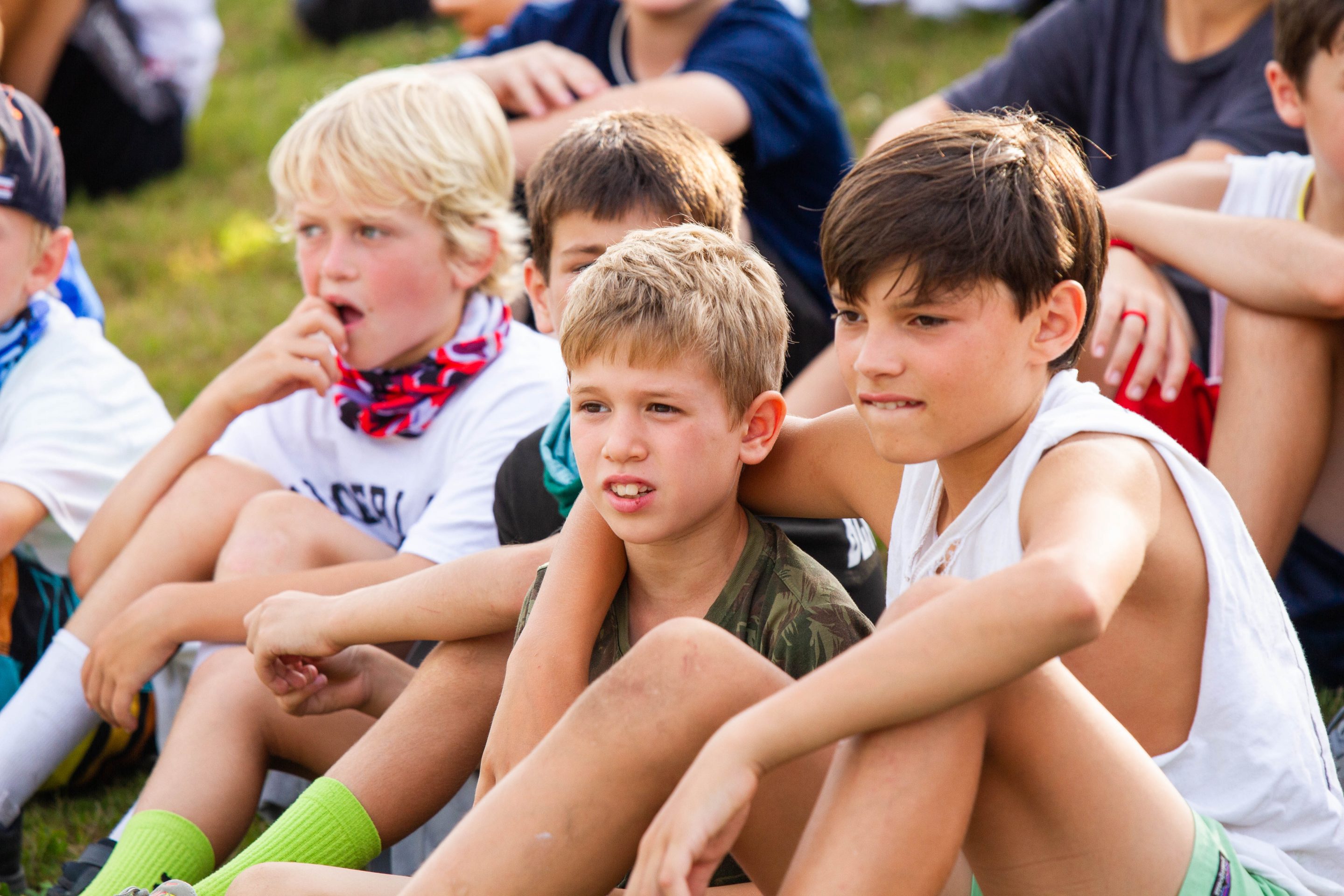 What a day we had at camp today! You just know that it’s gonna be a great day when it begins with a cool breeze and french toast sticks. Campers then hurried off to begin their activities or were heading off for a trip. Mac C. was crushing it in fencing today, now only needed one more requirement before earning his silver bar! Ford S., Reid S., Noah V., Parker D., Garrett S., and Will E. all headed out for a climbing trip. We also had Spencer M., Chance S., Trey W., Evan B., Will P., Connor S., and Gavin W. get packed up and on their way to an overnight backpacking trip.

Every day is always fun and exciting here at Camp Timberlake but today happened to be a little more so than normal. You may be asking how that could be possible and that’s because after lunch several boys went to compete in the camp Timberlake adventure race! The adventure race is a four-hour race that pushes you physically, mentally, and emotionally. Throughout the four hours, the boys were required to build a raft, orienteering using a compass in the woods, shoot and pop 5 balloons in archery, solve a riddle and finish a puzzle. To complete the race, the boys would have to find five totems that were hidden around camp and could only be found after a task was completed successfully. This race is extremely fun yet difficult and even though it might seem impossible, two groups finished. Parker H., Elijah G., Nick P., and Brayden C. worked together and were able to come out on top by winning the race. Lance H., Max C., James S., and Logan M. were all able to complete the courses well, so a huge congratulations and shout out to all those boys for being able to complete this adventure race!

To finish up such a great day, campers chowed down on some yummy chicken alfredo and breadsticks with warm brownies for dessert. After dinner, the evening activity was announced: age of empires! Have you ever been playing the board game Risk and thought to yourself, self I wonder what this game would be like if it came to life? Well, ask no longer because, in this activity, staff members group up and form their own countries all around the camp. Campers have to claim the countries as their own before another tribe can or before another tribe pulls their flag. One of the best evening activities if you ask me. Now all that’s left is to head off to bed for a good night’s sleep to do it all again tomorrow!