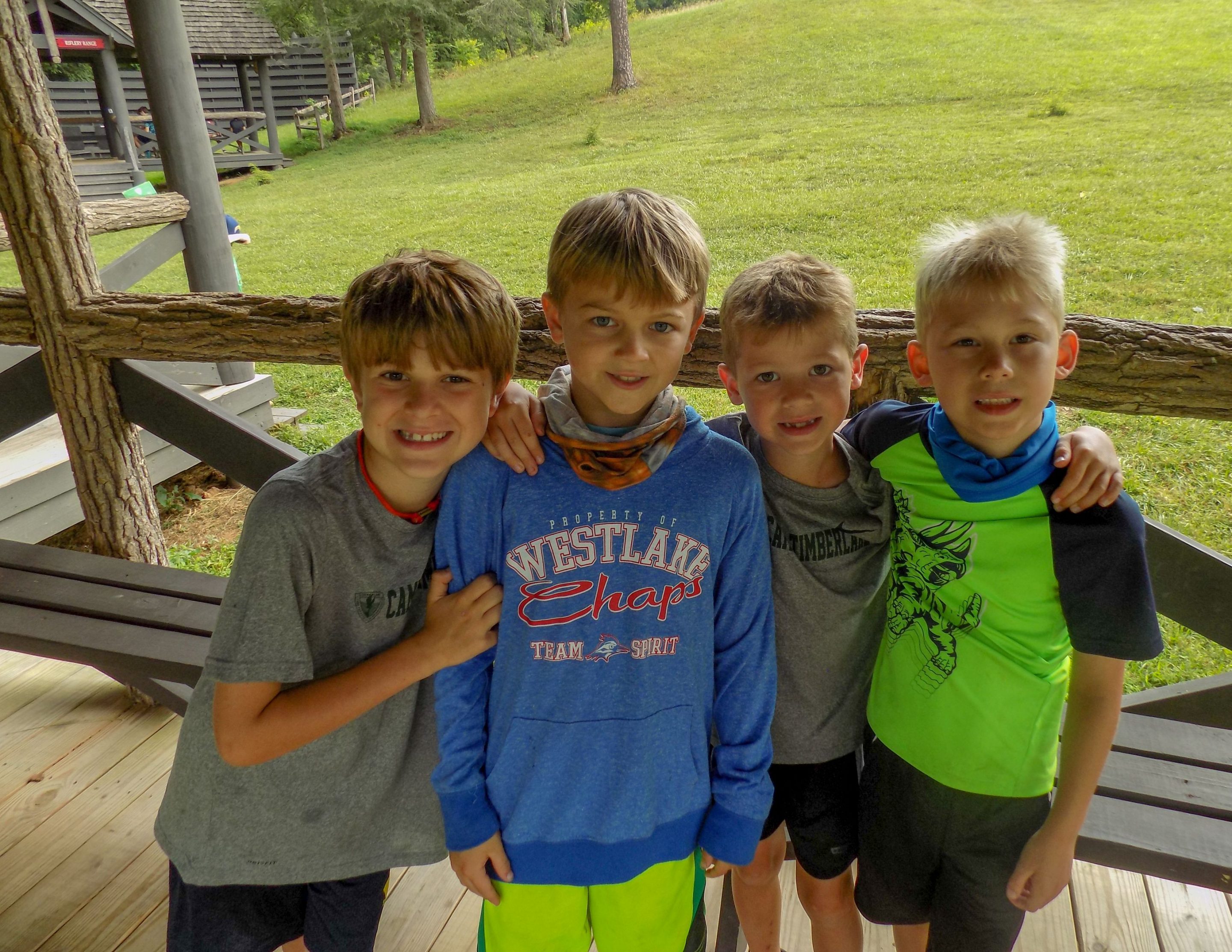 Today at Camp Timberlake was one for the books! We woke up to a slightly cool, calming overcast. We headed to breakfast, where delicious eggs, sausage, and biscuits were devoured and thoroughly enjoyed. When breakfast was over, many campers headed out to venture into the waters of the french broad river in a sturdy raft. Others such as Andrew F., Noah V., Parker D., and Garrett S. left camp to compete at the camp cup at the Nantahala River in kayaks. The rest of camp headed on down to Chapel, where we sang some of our favorite camp songs and listened to an intriguing true story by James B. From there, we went on to clean the cabins where Little Slaty won the day with the top score! After the cabins were spotless, we headed on down to our first and second activities.

Today’s first activities were jam-packed with bars. In kayaking, Benjamin C., Will P., Connor S., Hayden C., Powell M., Reid S., Charles D., William
V., Brayden C., and Jack W. all got their bronze bars by doing various maneuvers in kayaks. In wrestling, Parker H. is getting prepared to attempt one of the hardest gold bars at camp called the deerslayer. He will have to complete a set of unknown tasks that many have tried to pass. Field sports also worked on bars today where Carson B., and Jack W., got their bronzes. Then in airsoft Bishop D. and Brit M. obtained their bronze bars, and finally, Mac C. received his silver in fencing.

After these fun-filled achievements, everyone headed off to lunch. The Kitchen staff made a camp favorite of quesadillas with salsa and chips. During lunch, the winner of Age of Empires from the night before was announced. THE GOLDEN EAGLES! Immediately the campers went crazy, chanting and singing when they heard they were victorious. After lunch, we headed to our beds to get our much-needed rest. Once rest time was over, the campers hurried down to the trading post to get a delicious snack. During free time, many campers worked on their bars in open
activities, including basketball and climbing. Adventure and learning opportunities were in store for everyone in round two of activities after free time.

Campers such as Nicholas P. enjoyed canoeing today because they got to take a massive raft out onto the lake. They were unstoppable! Backpacking got to have a blast creating forts out of whatever they could find in the woods! Mountain biking was exhilarating because they got to try out the new tombstone jump feature built at camp. Finally, pottery was able to start glazing their wonderful and creative creations! After these enjoyable activities were finished, the campers headed on to have their last meal of the day.

Today’s dinner was scrumptious Hawaiian meatballs served with a side of rice. Everyone fueled up before junior camp enjoyed a few rounds of El Presidente. Senior camp appreciated an evening of cabin night which allowed them to bond with their cabin mates. From there, we headed to get some well-deserved and needed sleep where the anticipation of who won El Presidente lived in everyone’s head. Welp, that was it for today. We can’t wait to get up and do it all over tomorrow!