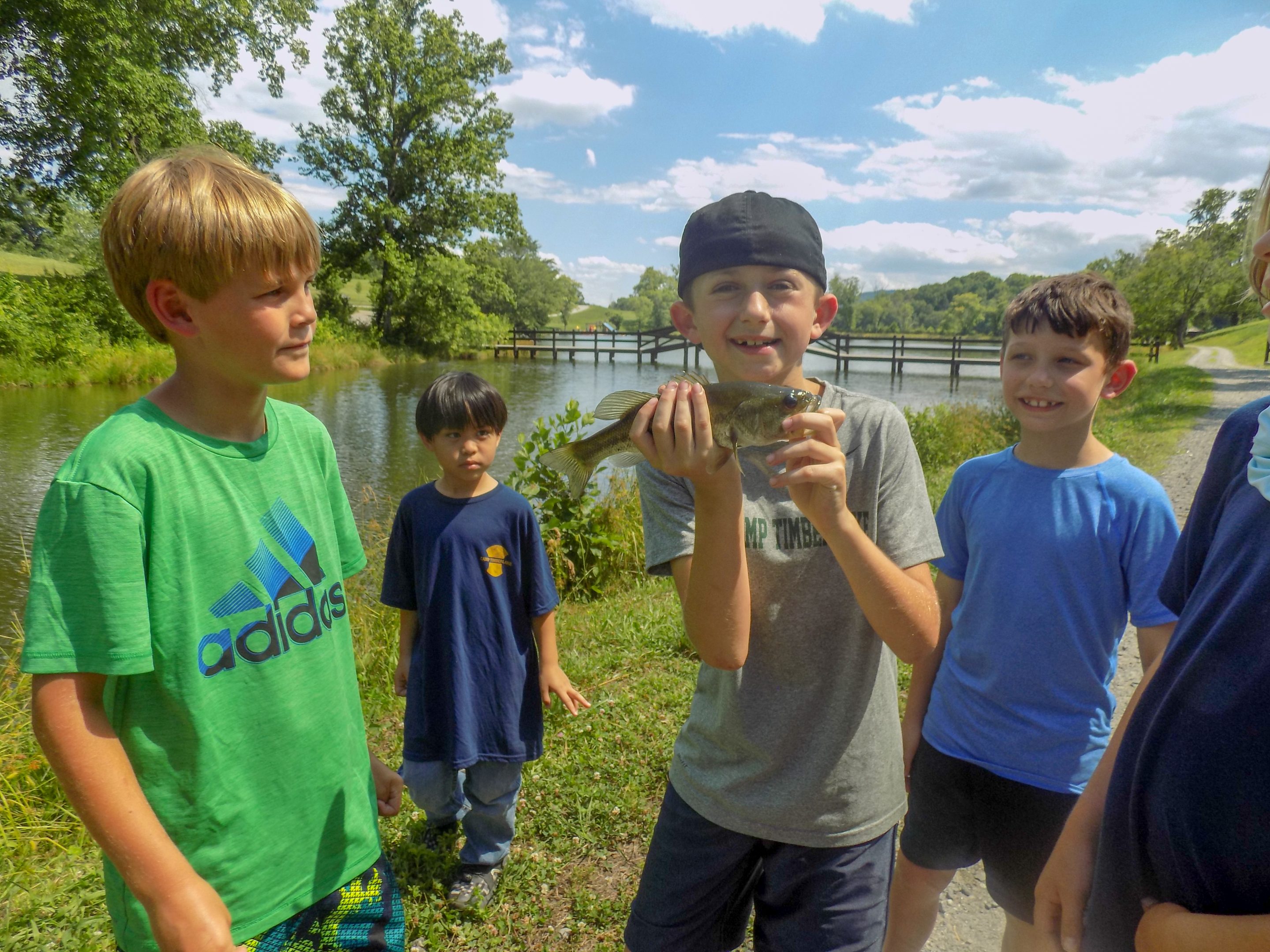 It’s another beautiful day at Timberlake! The sun is shining, the birds are chirping, and the bugle goes off 3 minutes before 7:00. I picked my head up and was a tad bit upset that I didn’t get that extra 3 minutes of sleep. I soon realized after conversing with others that my watch was just 3 minutes late. Anyways we all get up, brush our teeth, slip shoes on, and do temperature checks. Don’t worry I didn’t forget John. We all stumble down to breakfast and eat the softest, most delicious confetti pancakes man has ever seen. Not to mention that it came with a side of bacon which just complimented the pancakes perfectly.

After breakfast, we all headed to the chapel where we sang three songs and camp hymn. Then today we heard a true story by Alex T. He talked about a hilarious time he fell into a puddle of mud as a kid, relating it to what God requires? After, we went right into cabin cleanup. At this time some campers returned from a trip while others left. A Fly Fishing trip went out which had Brodie B. Chase G. Julien A. Pace L. and Aubrey S. The trip was awesome as the camper caught tons of fish and easily set the record for most fish on a trip this summer. The two-night backpacking trip came back today which had Spencer M., Chance S., Trey W., Evan B., Will P., Connor S., and Gavin W. Everyone had an absolute blast on the trip and got one step closer to their Gold in backpacking. Finally, an overnight Mountain Biking trip went out and was a co-ed trip with Merri-Mac to Rocky Knob, John B. Reid S. and Ford B. left for that trip today.

Morning classes commenced with many campers earning bars in their activity. Noah V. got his bronze in mountain biking, Daniel V. earned his Gold in field sports, John W. obtained his silver in airsoft. Garrett S. acquired his gold in basketball. Graham W. and Radford W. secured their golds in swimming! Parker H. completed his deerslayer! This is a huge deal; it allows a camper to receive a Gold in Wrestling. Which is by far the most difficult Gold bar to earn.
For lunch, we were treated to mini corn dogs with a side of mac and cheese, and my favorite the kale salad with fresh apple slides. All of the campers started screaming WE WANT KALE! WE WANT KALE! They were probably thinking about all the healthy value it has. No, I am just kidding no one said that, though it would have been nice. The campers devoured the mac-n-cheese and mini corn dogs. After a hardy meal, rest time was needed for all.

The afternoon was filled with kids earning last-minute bars as they prepared for the end of camp. Campers finish their activities with the exciting news that tonight was country-fried steak with mashed potatoes and peas, and most importantly bread! For dessert was this amazing fluffy cake which was a great touch. After dinner, Winton H. ran around the Tuck and announced that tonight is COMMANDO! This game consists of so many and when I say so many I mean so many water balloons. Nothing beats a game of commando. After the exhausting but super enjoyable day campers came back to their cabins, showered, and headed to bed.