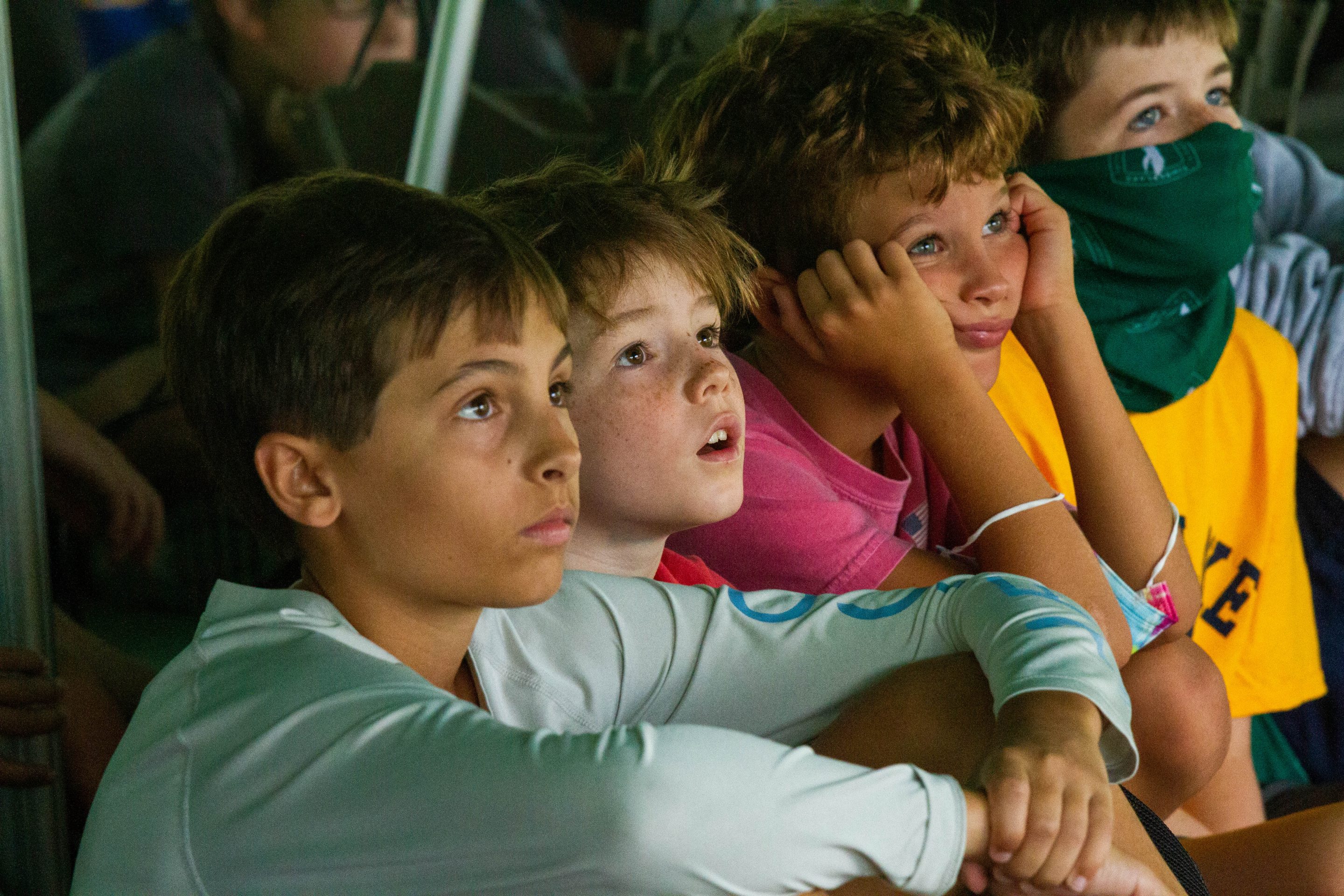 The third session is off in full swing as the boys woke up to a beautiful morning with a blanket of fog rolling across the lake. It wasn’t long before the campers came running to The Tuck where the aroma of cheesy eggs and warm biscuits filled the air. Following breakfast, Grant H. led us in a daily tradition, THE MORNING YELL. Everyone lifted their voices to the heavens, establishing a presence here in the Marion valley. Campers sprinted to the chapel (staying off the grass) claiming a spot on the front row, eager to sing songs and hear the true story related to the gospel that John M. was about to tell.

Next, each cabin began their clean-up journey to take down the two-time defending golden plunger recipient, Hawksbill. Further Up emerged victorious with a 9.75 to claim first place in the race. Only time will tell who will earn the right to hold the infamous golden plunger by the end of these two weeks.

When the bugle sounded for activities, camp was filled with big smiles. Everyone was curious to figure out what new opportunities would present themselves. Pottery made pinch pots, backpacking learned about leave no trace principles on the crooked mile, and mountain biking taught braking, shifting gears, and ready position. Canoeing and swimming classes had the most fun because they joined forces to break in the blob for session 3! Also, Mason B., Ford B., William B., Peter Q., Ted Q., and Gavin W. left camp for a whitewater kayaking trip on the mighty Tuckasegee River. They weren’t the only ones looking for more adventure. Wilson F., Oliver H., Elijah H., Richard R., David K., Luca V., and William B., all hiked to explore the sights and sounds of Catawba Falls.

The ring of the dining hall bell bellowed through the rolling hills bringing the kids back for an afternoon lunch. Bags of Fritos were scattered across The Tuck tables for the kids to devour tacos in a bag, a true camp classic. No tortilla shells are needed; all the taco meat and fixings are deposited into the Frito bag. After much suspense, campers discovered that the winner of last night’s Sock War and the first evening tribal activity was … Golden Eagles!! This tremendous news (for some) led us happily to “ THE BEST TIME, REST TIME.” Campers get the chance to snooze, write a letter, or read to properly equip themselves for the second half of the day.

The free time bugle sounded, and all of camp ran down with green cards in hand ready to pick their favorite snack and drink. Along with the sounds of candy wrappers opening and Gatorade bottles untwisting, spikeball, gaga ball, and 9 square quickly ensued on the sand. Claude C. even caught the only fish of the afternoon, a large 2lb bass. Before long campers were back into the last two activities for the day. Elliot S. enjoyed time seeing his three furry friends in paws. Eiji T. was reintroduced to the thrills and precision that both riflery and fencing offers.

As the rain rolled away over the mountains the Golden Eagle and Black Bear tribes met once again to claim their stake around camp in an ultimate game of Mission Impossible. Campers realize the fatigue camp brings and subsequently embrace the warm beds waiting for them as the first day of session 3 comes to a close.