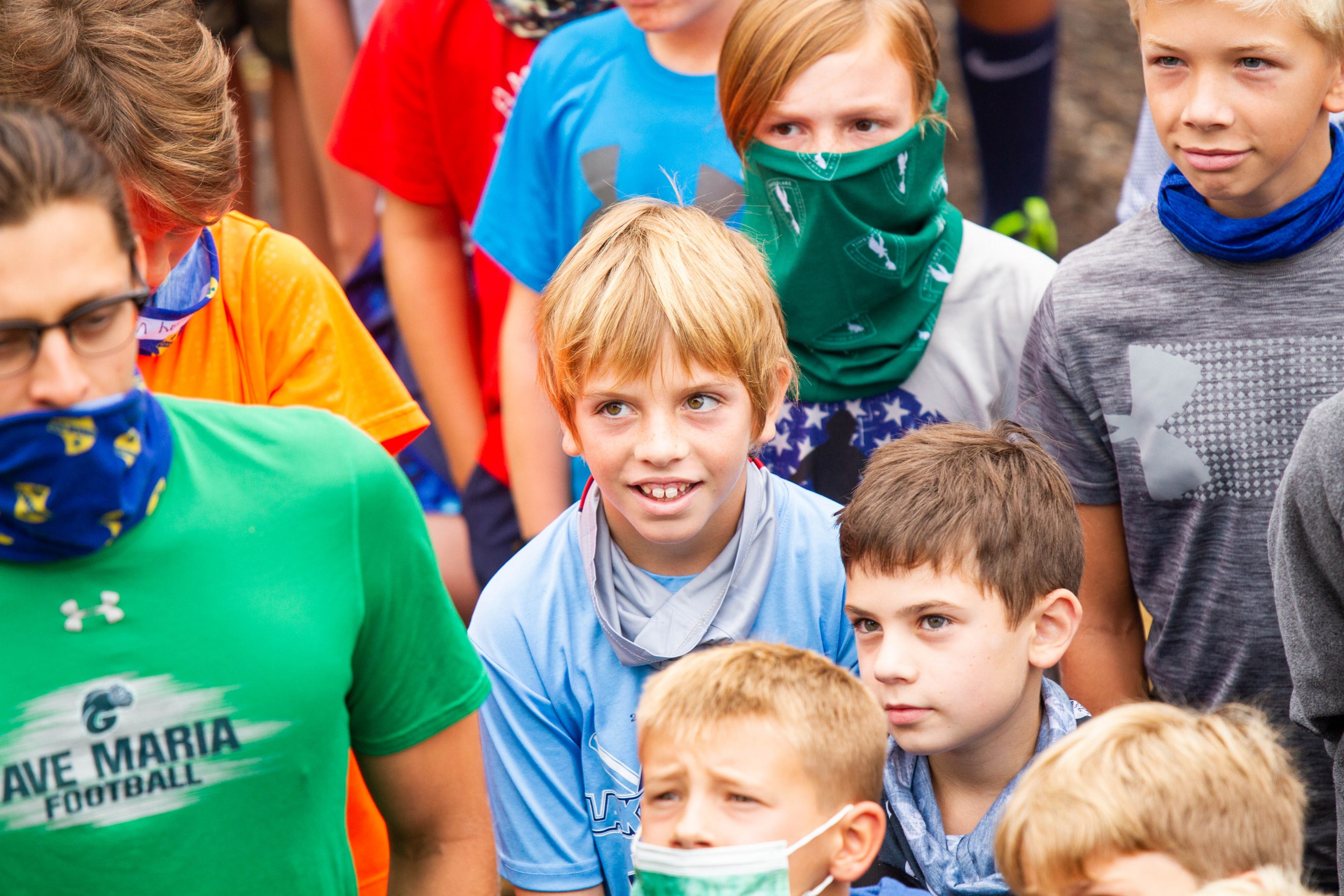 A beautiful mountain morning greeted Timberlake as campers and staff awoke to the sound of Reveille. The sun peeking through the fog was a welcome sign for a fantastic summer Tuesday after scattered showers over the past two days. Warm home-style French toast and hearty sausage patties satisfied cabins of hungry boys eager to start the day. Greybeard counselor Grant H. once again led all of Timberlake in the Morning Yell before chapel. Campers and staff sang their hearts out with a special edition of “Give Me Oil” featuring extra camp-favorite verses! Harmonies voices then filled the air of the valley with the daily chorus of the Camp Hymn. Today’s true story was shared by Caleb O., who offered a glimpse into the nature of God.

Our second day of camp activities got off to an energetic start. In improv, campers quickly fired up their acting skills and performed a fireworks skit. Meanwhile, PAWS took the fluffy Goldendoodles for a walk in first period. In second period, Cole R. and Asher C. learned how to properly care for the puppies. Ford B. and William B. showed off their blade work in their first fencing bout of the session. Off-campus, Avery F., Walker C., Connor C., Harrison D., Davis P., Henry P., Liam R., Woodson R., Wesley T., Graham W., and Sky W. tackled the whitewater on a morning rafting trip. Griffin W., Charlie H., Samuel W., Noah L., and Benjamin A. shredded the new Tombstone mountain-biking trail and attempted the “Tabletop Jump”.

Afternoon activities shot off to a tremendous start as Adam W. shared his fencing knowledge with the class, teaching footwork and blade work. Richard B. accomplished his bronze bar requirement in swimming on the first day! Also on the lake, Aaron W. and Oliver M. crushed their first-time wet-exits in kayaking. Connor C. and others got creative in pottery with pinch pots, which were put in the kiln to be fired tonight! In climbing, an astounding six campers made it to the top of the climbing wall in their first class. That means all of the camp heard six triumphant shouts of the necessary phrase, “I’M A MOUNTAIN MAN!”

A fulfilling afternoon rounded up with a cooling breeze on the walk to the Tuck for supper. Delicious crispy egg rolls, flavorful chicken, and warm rice went straight from plates to bellies, followed of course by gooey chocolate chip cookies, all in preparation for another meeting of the two tribes. The Golden Eagles face the Black Bears in junior camp Capture the Flag and senior camp Stealing Skins, two high-energy battles of teamwork and strategy. Yet, we must wait until tomorrow to discover the victor.