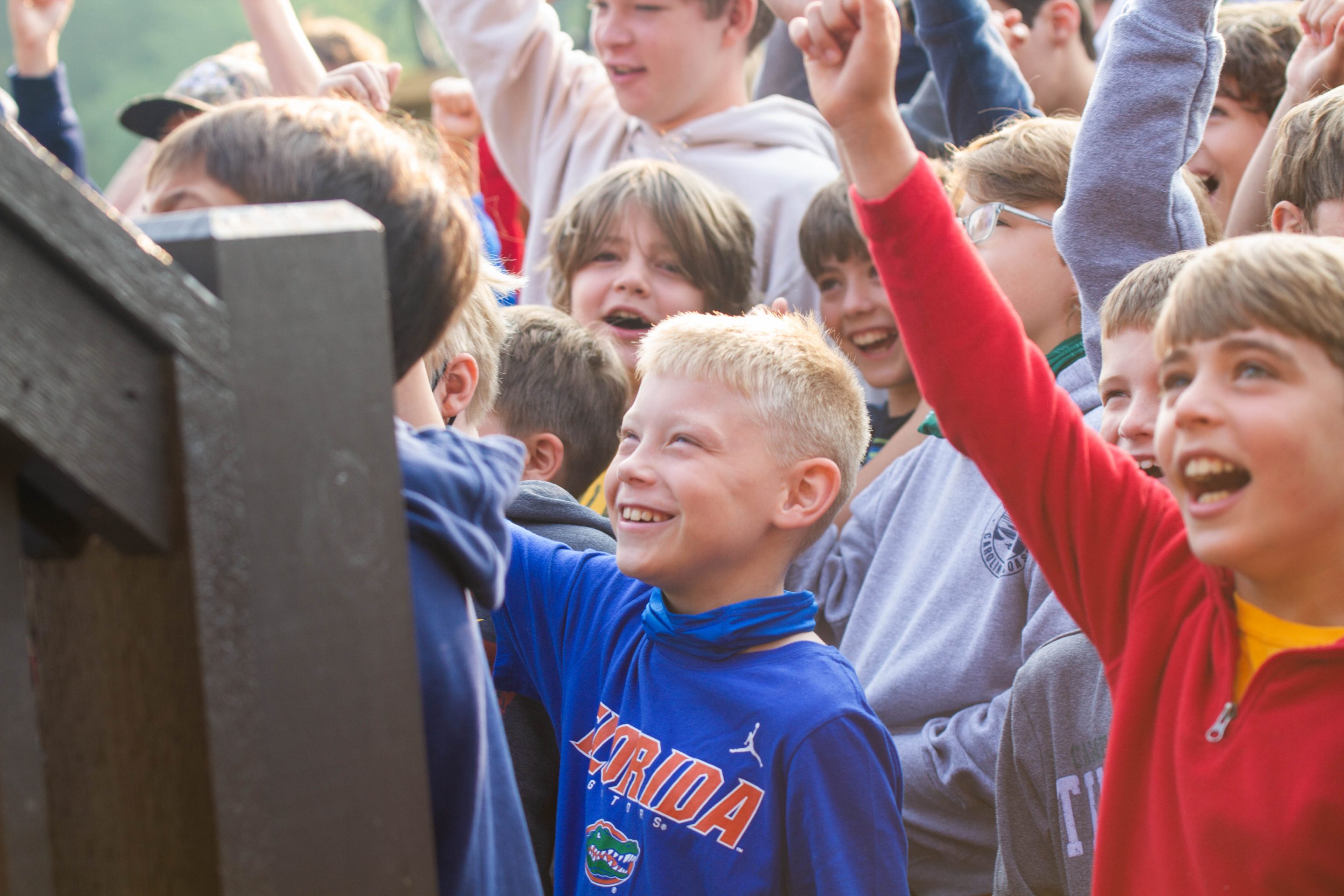 Following the 7 a.m. reveille, counselors began to ring the ears of their campers by yelling “good morning Timberlake, it’s a new day!” The campers enjoyed a hearty breakfast of sausage, eggs, biscuits, and potatoes. To awaken the campers, Little Slaty counselor Bennett K. led the campers in the morning yell. The campers and counselors heard a true story from Huckleberry counselor Seth B. at Chapel this morning. During the morning yell and chapel, a fly fishing trip, and a climbing trip were preparing to depart. Robert B, Claude C, Briggs F, Walker C, Thomas M, Wilson R, and Griffin W. made up the group going fly fishing to flats creek where lots of fish were caught and many memories were made. Also, Patrick B, Tristan W, William B, Gavin W, and Lance K. went to Linville Gorge near Devils Cellar, where they repelled over 160 feet!

During morning activities, many campers were working towards and completing bars in their respected classes. In basketball, Joey D, Lawson H, Thomas L, and Wilson F. achieved their bronze bars. On the ranges, many groupings were completed towards bars. Eiji T. completed many groupings towards his gold in riflery and Matthew A. completed the requirements for his silver in archery. Also, the mountain biking class rode on the pump track for the first time this
session. Once morning activities ended, Timberlake had chicken sandwiches and french fries for lunch. During lunch, the campers learned that the Black Bears won Stealing Skins and the Golden Eagles won Capture the Flag the previous night!

Many different activities took place around camp during free time. At the beach, campers were getting their Trading Post snacks as well as playing nine-square, spike-ball, and gaga ball. At the Mark, campers were playing pick-up games of basketball. Grady R. completed a successful rocket launch behind the outback. Third and fourth period was filled with eight campers earning their bronze bars in tennis! In the Mark, Max W. dominated in toe tag and light side-dark side, two popular games played during wrestling class. On the other side of camp, campers in backpacking class learned how to tie a
taut-line hitch knot and how to set up a tarp for camping. Down on the lakefront, Eiji T. received his silver in swimming.

For dinner, campers and staff enjoyed a hearty meal of roast beef and potato casserole, followed by a camp favorite dessert, Oreo Dream Pudding. Following dinner clean-up, John yelled, “AND NOW!” The dining hall erupted into yells and screams.
Winston H. silenced the crowd and announced that the campers would compete in one of camp’s most popular tribal events, Pirateball. After the evening activities, the campers returned to their cabins, where they wound down and prepared for a good night’s sleep to prepare for the next day.