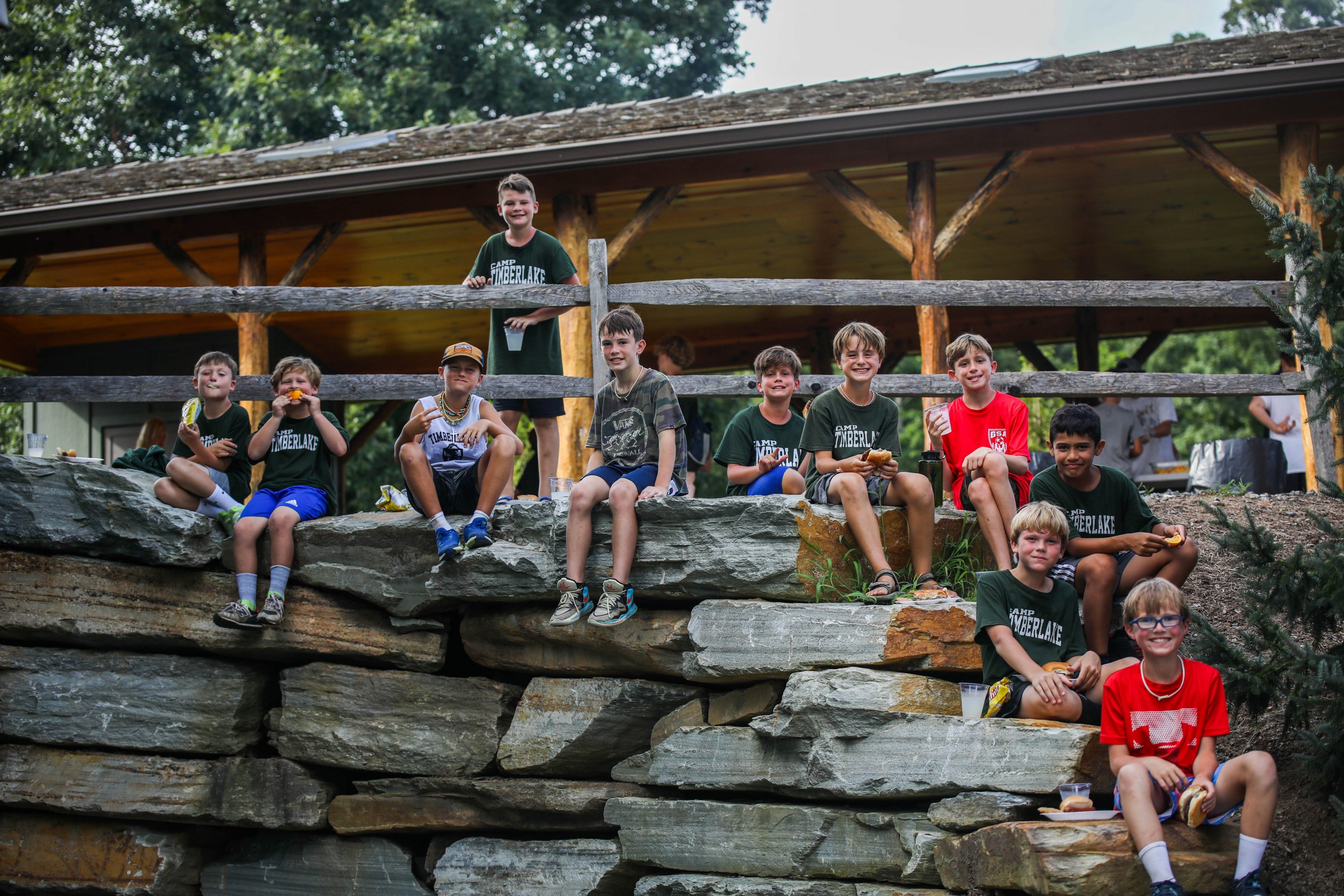 Happy space monkey Sunday! What a way to have a sleep in and wake up to a nice cool morning and be warmed up by some cinnamon rolls mmmm yummy! We do Sundays a little different than our other days here at Camp Timberlake. Instead of going to classes, we get to do fun activities like frog catching, fort building, sundays at the masters (disc golf), pickleball and sand castle building! There was a mighty competition taking place in sand castle building today. Taking home the bacon was Thomas M., F.J. B., and Quinn S. on team silverwar…fork team best team!

Once all the morning activities were completed, campers made their way to the dinning hall to dig into some good ol ‘fried chicken and potato salad. The best part about Sundays is that we get a lunch dessert with some delicious apple turnovers, by far the best camp dessert! We also had a birthday today! Happy 10th birthday Matthew G!!!

After lunch the boys were delighted to reunite with their sisters as they came over from Merri-Mac to hang out and free swim! We do a sibling day a couple times a summer and today was our final one of the year. Hugs were given, laughs were shared, and good memories were made.

Once the siblings said their goodbyes, it was back to play for the boys. Ford B. completed gauntlet to earn his gold in fitness, way to go! A few tournaments were made which campers didn’t hesitate to be a part of. There was a pickleball tournament with 16 campers and Sunday football ended in a 7-7 draw with an intense last two minutes as well. To end the activities, campers got to enjoy a free swim where Sammy A. jumped off the dive tower for the first time! It was so sick the whole camp was cheering for him!

Now hungry but still happy, campers made their way up to the mark to enjoy a cook out of hotdogs, hamburgers, and lemonade. How refreshing! It was a beautiful day at camp today and no better way to end the day than at vespers watching funny skits, singing songs, and getting a little closer to God

After dinner the cabin of Turtleback enjoyed a free swim while senior camp played tribal soccer and tribal basketball. As we settle down for the night we can hardly wait to get started on another great week at camp.