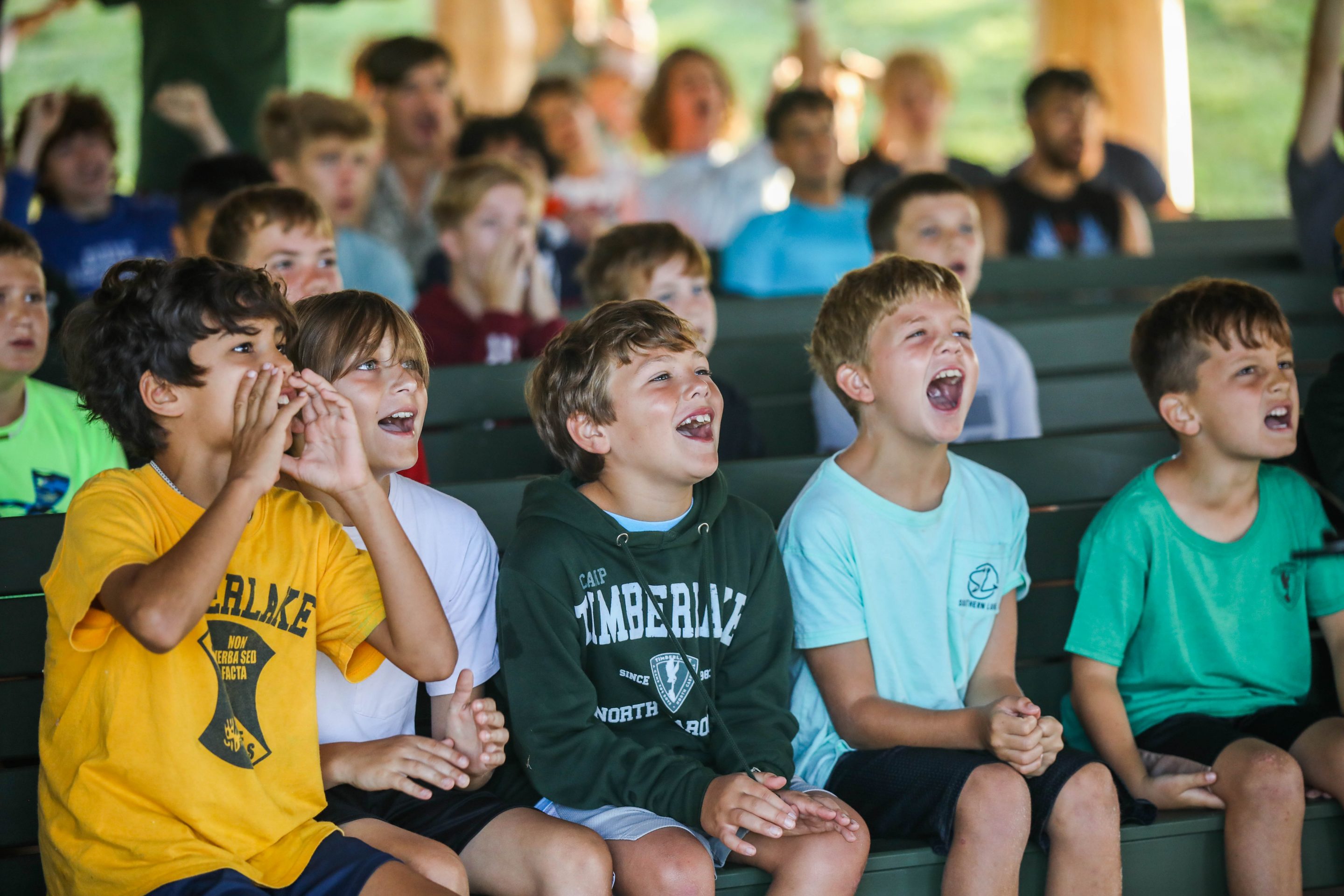 The sound of Reveille filled the air of the mountains of Marion as campers woke up for another awesome day at Camp Timberlake. The boys made their way down to the Tuck for breakfast where they were met by potatoes, eggs, and biscuits and gravy, a great meal to start off an action-packed day at camp. After the morning yell, we made our way to chapel where we sang some camp classics like “in His Name” and “Every Move I Make” and heard a true story from our very own Carter Boone. After the true story, we made our way to clean our cabins as the race for the Golden Plunger continues.

During morning activities, many boys improved and progressed in their activities. Bo S. built a fire in backpacking while Ryland K. earned his silver in improv. In fencing today, Cash K., Tyler R., and John H. all earned their bronze. Down at the lake, Maverick H got his roll in kayaking. To wrap up a great morning at camp, disc golf worked on short and mid-range putts where Andres D. received his bronze.

At lunch today, yells filled camp as the boys saw a camp favorite on the menu, taco in a bag! Who doesn’t love a walking taco in a bag of Fritos?! After we finished devouring our incredible tacos in a bag, John Menendez began to make his usual announcements where he announced the cleanest cabin of the day: Stomper’s Knob with a perfect 10! Well done boys! Lunch announcements, or so we thought, came to a close as John Menendez announced that the Golden Eagles were the winners of tribal basketball while the Black Bears were the winners of tribal soccer, it’s really coming down to these last few days of camp in the race for the banner!  It’s time for the best time… “ANDDD NOWWWWWWWW,” confused faces filed the Tuck as the evening activity was announced early today, senior camp Pirateball and junior camp Juggernaut!

After lunch, Camp Timberlake held the first annual Timberlake vs. Merri-Mac basketball tournament. Ferdinand B., Evans T., Matthew St. J., Ryland K., Andres D., Marcos C., Cooper C., Bo S., and Elliot S., played against girls from Merri-Mac, with the final score being a W for Timberlake 42-25. Awesome job boys! Also at the Mark for fitness, Isaac R. received his silver and Bo S. and John M. both completed their murphs on their pursuit for gold in under 50 minutes. Now that’s impressive! And finishing out our daily activities today, Theo T. and Cole R. both made 15/15 free throws working on their gold! Awesome job fellas!

Camp Timberlake headed back to the Tuck for one last time for a meal of roast beef, macaroni and cheese, and dinner rolls with a camp classic OREO DREAM for dessert. After a delicious meal, senior camp made its way to the beach for a game of Pirateball, a giant, chaotic game in the lake which consists of canoe and kayak races along with games of water polo while counselors act as krakens, wreaking havoc throughout the lake. It’s truly a blast! Junior camp made its way to the Outback to play Juggernaut, a relay around camp combining some of the favorite activities that camp has to offer. It’s a night full of fun and adventure here at camp! We’ll be sure to update everyone with the winners!

Can’t wait to do it all again tomorrow! But for now, thanks for reading and God Bless!