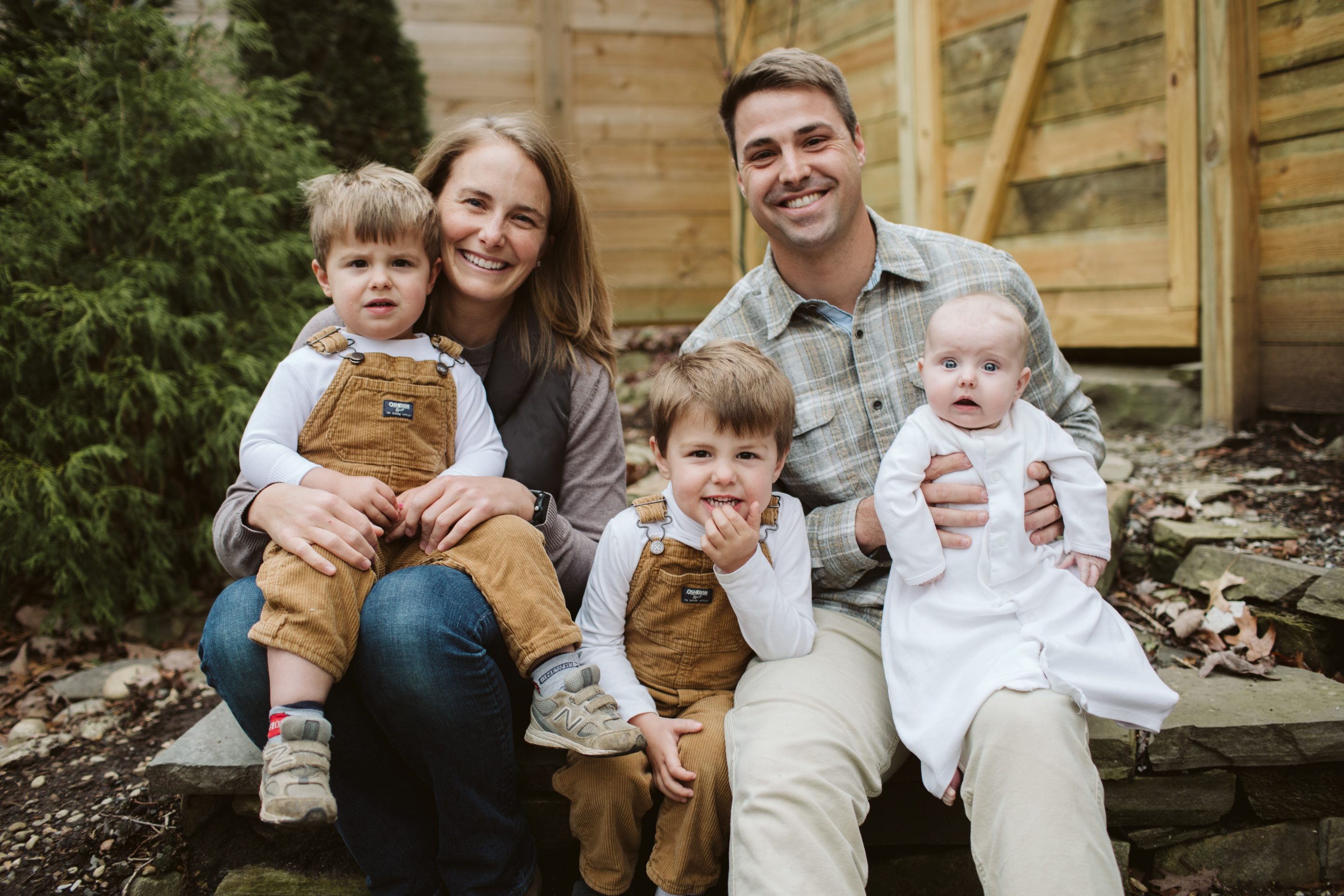 John Menendez first came to Camp Timberlake as a 10-year-old camper in the summer of 2001. During his summers as a camper, counselor and program director, camp became a second home to him and he is thrilled to now serve as Director. John grew up in Atlanta, Georgia and graduated from Vanderbilt University where he met his wife, Catherine, who shares his passion for summer camp and serves as co-director. Along with their children, Peter, Thomas and Betsy, John and Catherine are all summer, all the time.

For John and Catherine, Timberlake is home, and they want every boy to feel the same way. 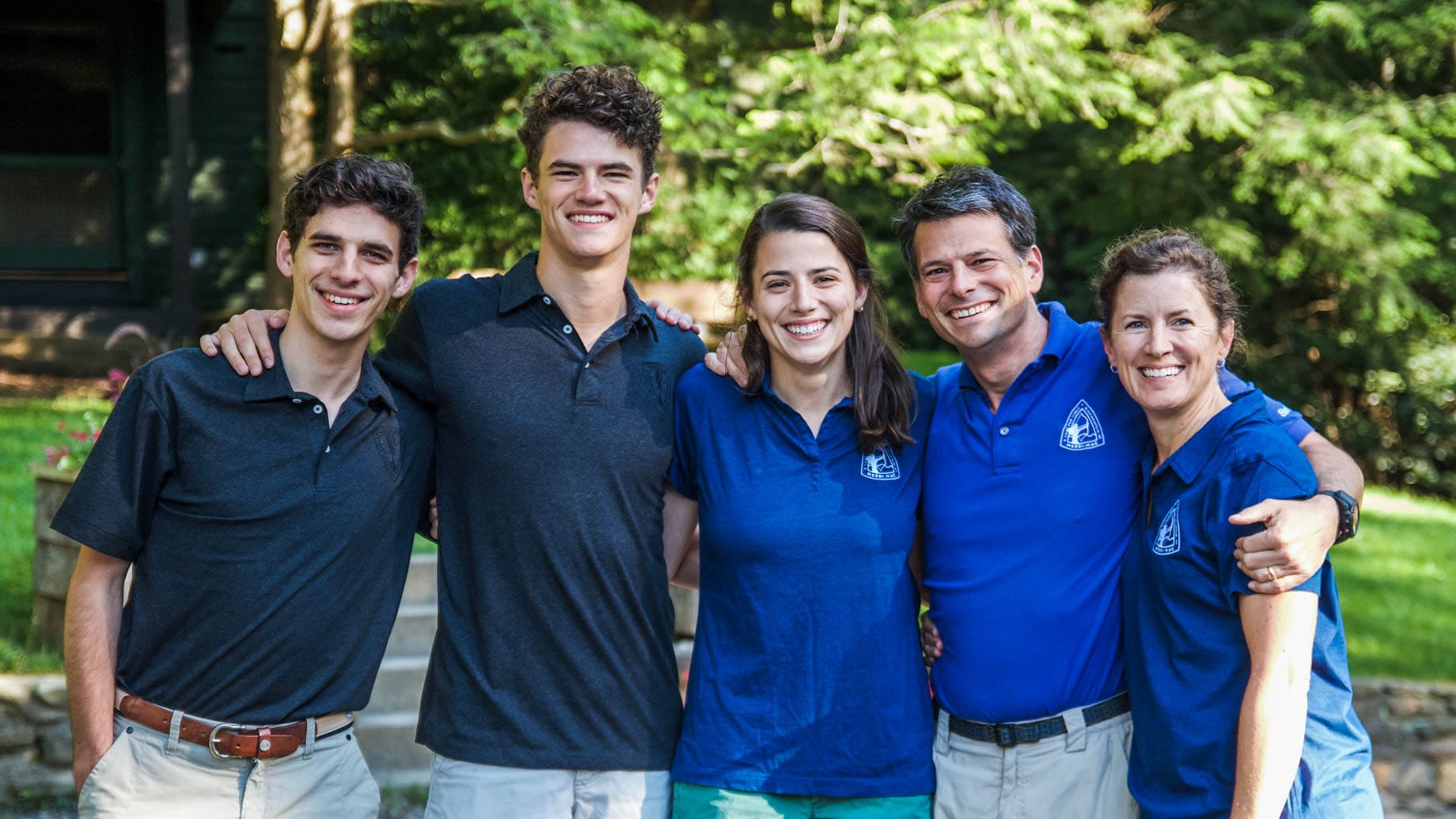 The Boyd family has owned and operated Camps Timberlake and Merri-Mac for over sixty-five years. Adam and Ann still have as much fun as the campers, and their three children have all served on staff with them.

Adam and Ann met while on summer staff at Merri-Mac. After graduating from Wofford College, and later earning a M.Div. from Reformed Theological Seminary, Adam returned to camp where he served for ten years as the Timberlake Director. In the fall of 2001, Adam began directing Merri-Mac also. Ann holds a B.A. from Converse College and shares Adam’s role as Camp Director. Together they are committed to sharing summers of fun and growth with camp age children.

Andrew has been blessed to be Timberlake’s caretaker since 2019. He is a husband to his loving wife, Olivia, and father to three beautiful girls. Camp is an incredibly special time and he looks forward to sharing it with all of our campers and families. His favorite pastime is pelting his fellow maintenance men with paintballs!

Samantha grew up in Vermont and moved to North Carolina to attend UNC Asheville. After graduation, she married her husband Paul and began working at Camps Merri-Mac & Timberlake. It was such a great fit that she has been in the camp office for over 20 years. In her free time, she enjoys being outdoors and spending time with her husband, son Dylan and beloved dog Lacey.

Katy has been with Camps Merri-Mac and Timberlake since 2018. She grew up in Michigan going to camp every summer, then continued her love of camping by working at various camps throughout her time at Western Michigan University. While working at a camp she met her husband, Branch, and together they have two children, Bella and Gus. In her free time, she enjoys kickboxing and being with her family outdoors hiking and playing sports. She believes in the mission of camp and the benefits it brings to each child.

Bryan is the Director of Black Mountain Expeditions and is passionate about all things adventure. His love of whitewater sent him around the country as a raft guide, kayak/canoe instructor, however, his mountain bike is working the hardest these days. Bryan is married to his wife, Emily and together they have 2 sons, Silas, and Lander.
05 07
NEXT: Joe Boyd
Associate Director

Andrea Pelham spent nearly the first two decades of her life attending a girls summer camp. She fell in love with the community that can be found in camp and continued to chase that community after graduating from Presbyterian College. She is thrilled to continue to serve the Camp Merri-Mac and Timberlake community as the Associate Director. Andrea spends the majority of her time recruiting summer staff and cultivating relationships. You can almost always find her creating an effective system for any branch of camp or playing with the puppies.

Joe is from Black Mountain and started going to camp in 2002. Joe worked on staff during the summers of his college career and then graduated Appalachian State University in 2019. After working at Cardrona Bike Park in New Zealand and participating in the Chattanooga Fellows Program, Joe is thrilled to return to camp and work on year around staff as the Camp Intern.

Elizabeth Olvey spent each summer during college on staff with Camp Merri-Mac. She believes camp is the absolute best way to spend your summer, whether it be as a camper or staff member. Elizabeth now serves as an Assistant Director, hiring and developing our counselors. She hopes for them to experience the same rich relationships and Gospel-centered work that marked her time on staff. It is not uncommon to find Elizabeth still running and playing evening activities (#blackbearsbesttribe) and soaking up all the fun that comes with the territory of camp work. She hopes to continue to contribute to the mission of camp through these relationships and play for years to come.

Next: Meet Our Staff